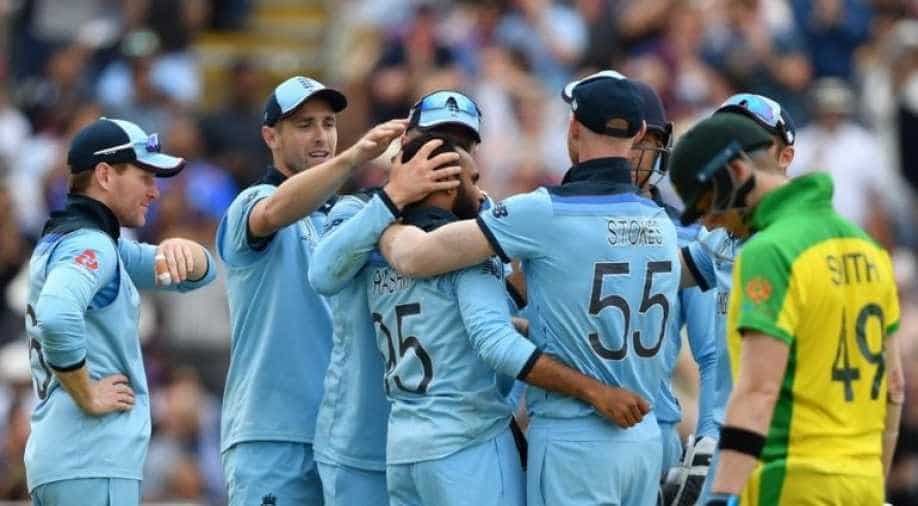 England, who were in the semi-finals for the first time since 1992, have lost all three of their World Cup finals

England swept into their first World Cup final for 27 years as the hosts crushed Australia by eight wickets on Thursday to book a clash with New Zealand in Sunday's title match.

Eoin Morgan's side ended Australia's bid to retain the World Cup in ruthless fashion at Edgbaston, dismissing their old rivals for 223 and then powering to victory in 32.1 overs thanks to Jason Roy's blistering 85.

England will head to Lord's bidding to win the 50-over World Cup for the first time, with 2015 runners-up New Zealand, who they thrashed by 119 runs in the group stage, standing between Morgan's men and the trophy.

England, who were in the semi-finals for the first time since 1992, have lost all three of their World Cup finals.

The most recent of those painful defeats came in 1992 when Graham Gooch's side were beaten by Pakistan, while Australia in 1987 and the West Indies in 1979 have also denied England in the final.

ENGLAND ARE THROUGH TO THE WORLD CUP FINAL! #CWC19 pic.twitter.com/TAbBOODhjM

Australia's first-ever World Cup semi-final defeat, after seven previous victories at this stage, shattered the five-time champions' hopes of reaching the final for the sixth time in the past seven editions.

While Australia lick their wounds before facing England in the Ashes next month, the progress of Morgan's team comes after a four-year overhaul.

England's woeful first-round exit at the 2015 World Cup prompted a root-and-branch reform of their approach to one-day internationals for a side that had long placed Test success above all other considerations.

Australian coach Trevor Bayliss was drafted in, sparking an impressive transformation that has seen England climb to number one in the ODI rankings and move to within touching distance of World Cup glory. 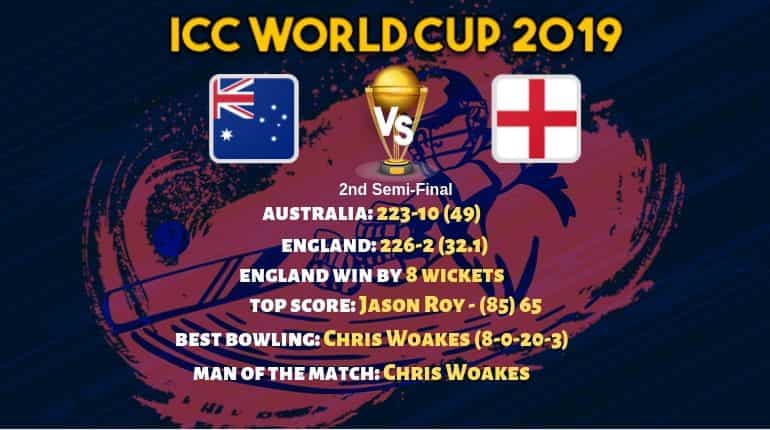