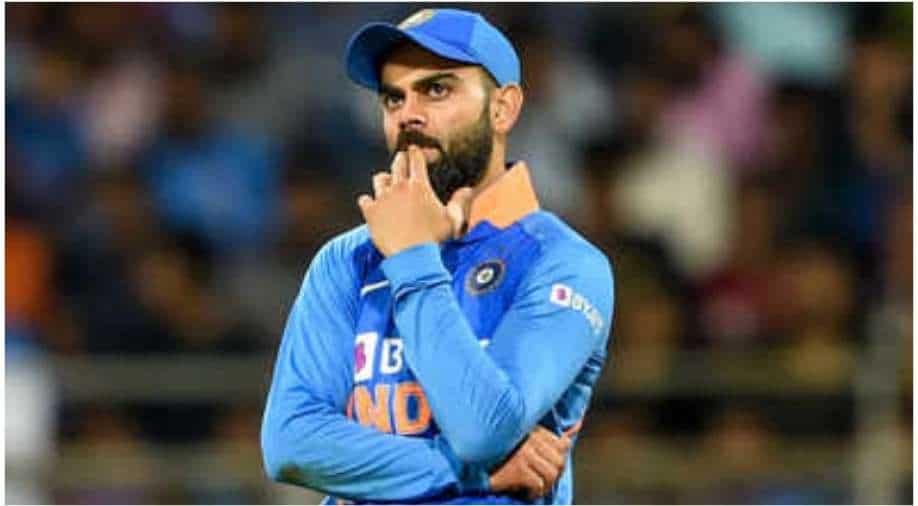 Former Indian opener-turned-commentator Aakash Chopra has raised concerns over Virat Kohli's indifferent form with the bat. Here's what he said:

Virat Kohli gave up Team India captaincy altogether when he resigned as the Test skipper early this year. The 33-year-old had already lost the limited-overs captaincy when he was sacked as the ODI captain, after having already stepped down from T20I skipper with India's end of campaign in the 2021 World Cup, in the UAE.

Having been released of additional responsibilities, Kohli will now look to rediscover his form with the bat, having not scored an international hundred in over two years. While Kohli isn't short of runs, with fifty-plus scores still coming off his blade across formats at regular intervals, a big knock has deprived the former Indian captain since late 2019. Hence, he will be eager to come at his usual best in the forthcoming home series, versus West Indies and Sri Lanka.

Ahead of the India-WI ODIs, former Indian opener-turned-commentator Aakash Chopra reflected on the lack of big scores from Kohli's willow.

Talking on Star Sports, Chopra said, "From a personal and individual standpoint, you want to convert those 50s into 100s because you’ve got to save something for the rainy days as well. He’s not going through a bad patch of form, so to speak, in terms of runs, but when you see him bat, you don’t see the same Virat Kohli."

"He’s not imposing, he’s not dominating, he’s still scratching around, he’s scoring those runs and that’s what all great players do – we saw Sachin, Rahul – we’ve seen them accumulate runs, but he’s (Virat Kohli) not an accumulator, he’s an enforcer but he’s not there yet," added the ex-Indian opener.

In addition, the cricketer-turned-commentator further emphasised on how Kohli will have to adapt to new white-ball skipper Rohit Sharma's brand of cricket. The former Test opener feels that could work in favour of King Kohli and liberate him.

"But the one thing I actually want to see, is now Rohit Sharma will have his stamp of authority and the brand of cricket that he wants to play. Virat Kohli has to be apart of the same philosophy. And once you have a different philosophy in place, sometimes it just liberates you, because you are not really thinking about, ‘Ok, I need to score or I need to do this. This is what all of us have to do together.’

"And that is what I am waiting to see, whether it unleashes and liberates Virat Kohli, no matter you get out on 50 but score that 50 off 55 balls, don’t worry about scoring a century, finishing games off, as a captain, you’ve done it all this while. It’s no longer your only job, your job description has changed a little," Chopra concluded.