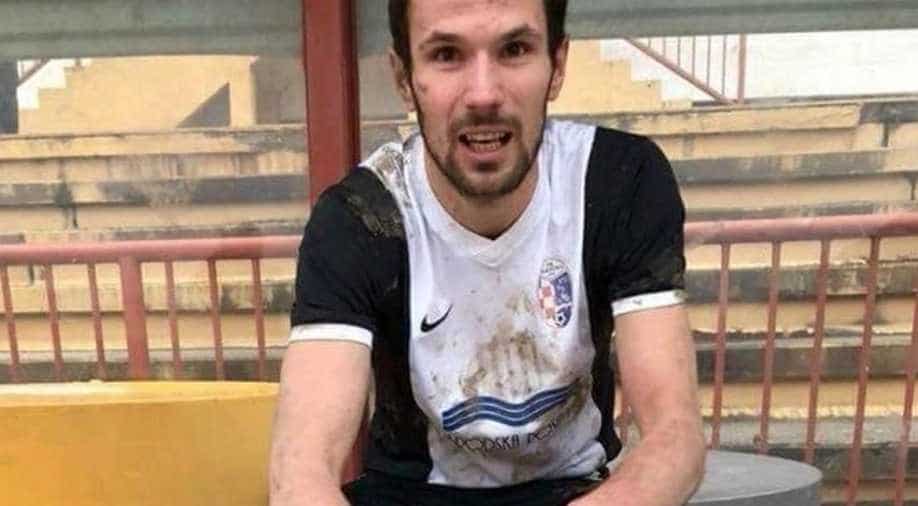 The 25-year old Marsonija winger collapsed in the 15th minute of their match. Photograph:( Instagram )

An autopsy showed that Croatian third division football player Bruno Boban died of a heart attack on Saturday after he was struck by the ball in the chest from close range, Croatian media reported on Monday.

The 25-year old Marsonija winger collapsed in the 15th minute of their match against his former club Slavonija and was pronounced dead after both teams` coaching staff and paramedics had frantically tried to resuscitate him for 40 minutes.

The Index news website (www.index.hr), which reported the cause of death as a heart attack, said Boban`s funeral was scheduled for later on Monday.

At the time of his death, Boban was the top scorer in the third division`s section east with 12 goals and Marsonija were fifth in the standings with 30 points from 17 games.

Boban had played for Slavonija from 2014 to 2016 before joining his brother Gabrijel at then top-tier side NK Zagreb. He moved to Marsonija earlier this year.

It was the first high-profile soccer death in Croatia since Zadar forward Hrvoje Custic struck a concrete wall with his head during a first division match with Cibalija Vinkovci in April 2008. The 24-year old died of brain injuries five days later.