Cricket: 'Everything that we prepared for one and half months fell in place,' admits KL Rahul 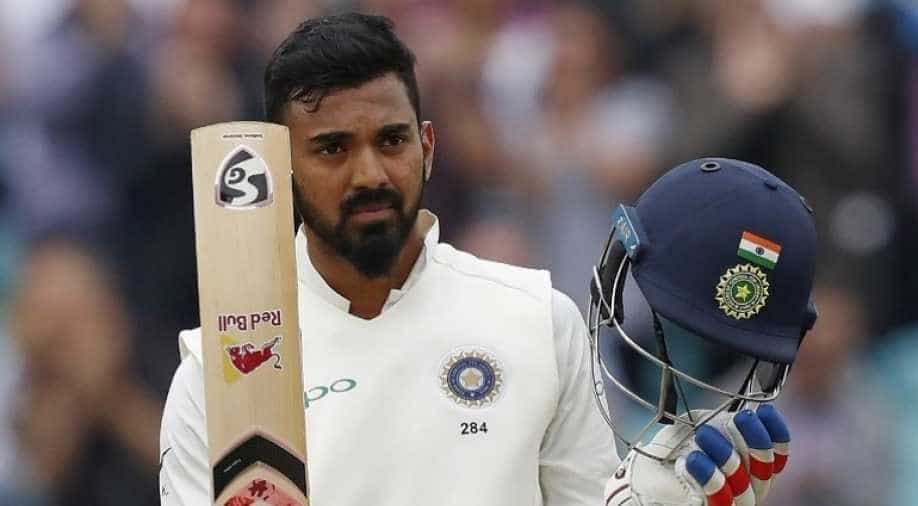 K L Rahul celebrates his century during play on the final day of the fifth Test cricket match between England and India. Photograph:( AFP )

Team India opener KL Rahul has conceded that consistent downpour and climate-related breaks during the first Test in Nottingham was a challenge to Team India's mission to stay focused.

KL Rahul said the work in preparing the players had put throughout the last month-and-a-half, post the World Test Championship final, paid off in the Nottingham Test against England, which finished in a draw after downpour washed away what vowed to be an intriguing fifth day.

“Everything that we prepared for one and half months fell in place, and hopefully we can keep getting better,” said KL Rahul during the post-match press conference.

🗣️ 🗣️: Everything we prepared for over the last one month fell in place. #TeamIndia batsman @klrahul11 talks about the takeaways from the first #ENGvIND Test.👍 pic.twitter.com/znqCYVsaUv

Team India opener KL Rahul has conceded that consistent downpour and climate-related breaks during the first Test in Nottingham was a challenge to Team India's mission to stay focused.

“It was a challenging pitch, and weather conditions being as they were, going in and going out weren't easy for us to get our focus back. The switch on and switch off was very challenging. So it was great to see that we held our focus, and in the field, I think, our energy was great," he said.

On an individual level, the Nottingham Test was huge for KL Rahul. Playing in his first Test in almost two years, the 29-year-old got the chance and scored an unflinching 84 in the first innings and scored 26 in the subsequent innings.

“From the last 2-3 series, I have been sitting outside. The team was doing really well, and I was very happy to be a part of the team and seeing how we were beating teams in India and then Australia," he said

"So it was great to be part of it, but also very frustrating that opportunities weren’t coming. It was only practise, practise and practise, and as a player, you want to be in the middle and want to challenge yourself, so I kept waiting for my opportunity, so I am very happy that it came in England,” he added.

“I was just looking forward to it, and I am happy that opportunity came, and in the first match, and I gave a good contribution for the team,” he concluded.