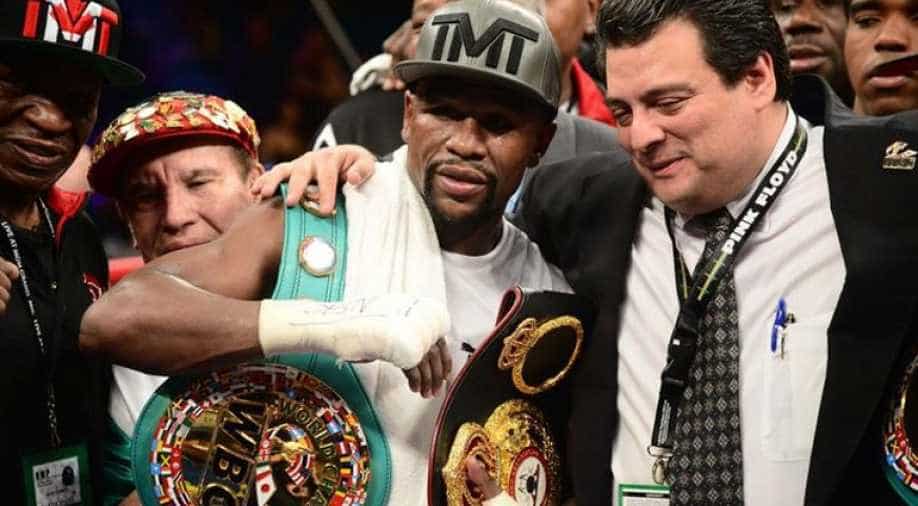 Mayweather has said he would fight McGregor for a guaranteed $100 million while offering the UFC lightweight champion $15 million. Photograph:( Reuters )

UFC president Dana White has weighed in on talks about a possible bout between Floyd Mayweather and mixed martial arts champion Conor McGregor, saying he would offer $25 million to each boxer plus pay-per-view money.

Despite the sum, the offer is not likely to stir enough interest from Mayweather.

Earlier this week, Mayweather said he would fight McGregor for a guaranteed $100 million while offering the UFC lightweight champion $15 million and a share of pay-per-view buys.

"I'm a businessman and it makes business sense," the 39-year-old American, who retired in September 2015 after compiling a 49-0 record, told ESPN. "Bring him over to the boxing world, and I'll show him what it's like."

Irishman McGregor, the UFC's biggest pay-per-view draw, has been challenging Mayweather to a showdown for months.

Mayweather, who won world titles in five weight divisions, took home earnings in excess of $800 million over his 19-year boxing career including an estimated $230 million total from his 2015 "Fight of the Century" against Manny Pacquiao.