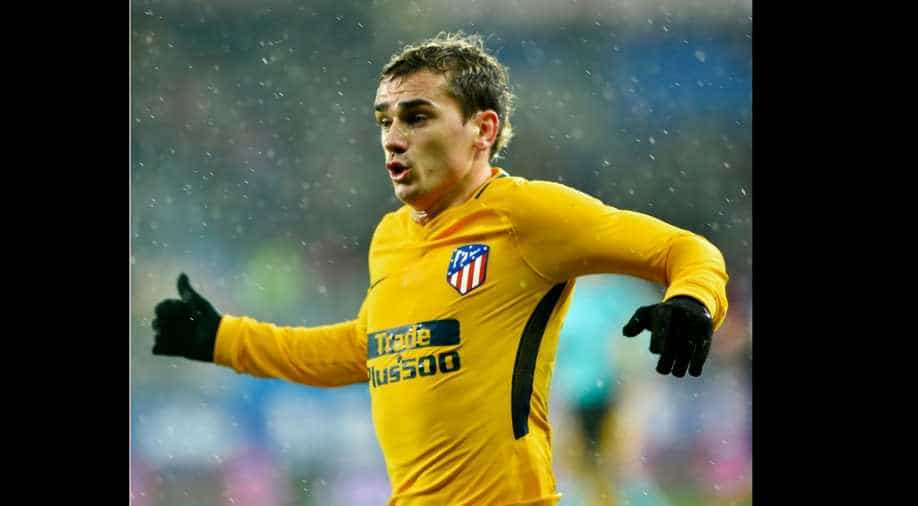 Earlier this season there were doubts surrounding Griezmann’s commitment to Atletico after he publicly toyed with the idea of leaving for Manchester United. Photograph:( AFP )

Barcelona and Antoine Griezmann have reached an agreement for the France striker to switch from Atletico Madrid to the Catalan giants at the end of the season, Spanish daily Sport reported on Saturday.

"The Atletico Madrid forward has agreed to join Barcelona and will be under (coach) Ernesto Valverde's orders next season," Sport said.

The Catalan daily also points out that while Griezmann currently has a buyout clause of 200 million euros ($240 million), that figure drops by half on July 1.

Barcelona have been scrambling to add high-quality players to their squad since Paris Saint Germain lured Brazilian star Neymar to France in a world record signing in August.

Barcelona coach: Coutinho good fit for team but will be challenge to find position for him

The newspaper says it believes Griezmann's transfer would take place after this summer's World Cup in Russia, where he will have a key role for France, who are among the favourites.

Another Catalan daily, Mundo Deportivo, reported in December that the player's family had lunch with the Barcelona president Josep Maria Bartomeu to smooth the way for the transfer.

Brazilian born Spain strker Diego Costa joined Atletico from Chelsea in September, and has proved to be the club's star performer since his debut two weeks ago.

Barcelona, whose star performers Lionel Messi, Luis Suarez and Andres Iniesta are all in their thirties, signed Ousmane Dembele from Borussia Dormund for 105 million euros last summer, but the French 20-year-old has only just returned from a hamstring injury.