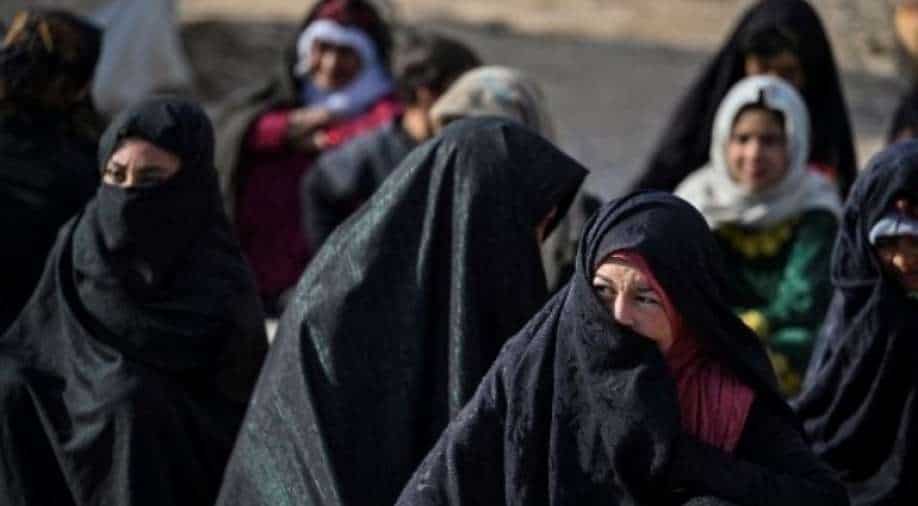 This document, titled "Special Decree issued by Amir al-Momenin on Women's Rights", talks about the different rights that Afghan women will now have

With the US and western nations pushing the Taliban to honour women's rights, the official Twitter account of Afghanistan's government spokesman Zabihullah Mujahid has now shared a decree on women's rights.

In the months since the US withdrawal, the Islamic Emirate of Afghanistan has been struggling to battle poverty, a “looming humanitarian crisis”, facing chronic poverty and drought.

Afghanistan and its new rulers have been asking international agencies for assistance in the past few months, and this decree may very well be an effort to appease foreign powers. This document, titled "Special Decree issued by Amir al-Momenin on Women's Rights", talks about the different rights that Afghan women will now have.

One of the rights mentioned is marriage or Nekah (Nikah) rights. According to the decree, a woman's consent is necessary for marriage and coercion can't be used to force a woman into marriage.

It is also stated that widows have the right to choose and determine their future after the 'Sharaie Adat' period (four months and ten nights after husband's death or pregnancy) and also the right to marry.

The document then goes on to establish that women are not property "but a noble and free human being; no one can give her to anyone in exchange for peace deal and or to end animosity".

A woman's property, heritage rights, and a husband's monetary obligations towards his wife/wives are also described in the document. It is mentioned that if a polygynous marriage occurs, the husband must maintain fairness among all of his wives according to Sharia law.

Furthermore, instructions have been given for the implementation of this decree to the Ministry of Hajj and Religious Affairs, the Ministry of Information and Culture, the Supreme Court, and Governors, district governors.

However, there is no mechanism in the document for handling grievances if these rights aren't recognized. It should also be noted that this remains a mere decree and isn't actually a law that can be enforced.

Despite the Taliban's promise that it would be easier on women this time around, a tirade of diktats passed by the group proved anything but. It restricts what women can wear, forces them to cover from head to foot, prevents them from leaving their homes without a male companion, stops them from working and limits their education.

Whether this newly issued "special decree" will have the desired effect of providing women with fundamental rights or if 'fairer sex' will continue to be oppressed remains to be seen.