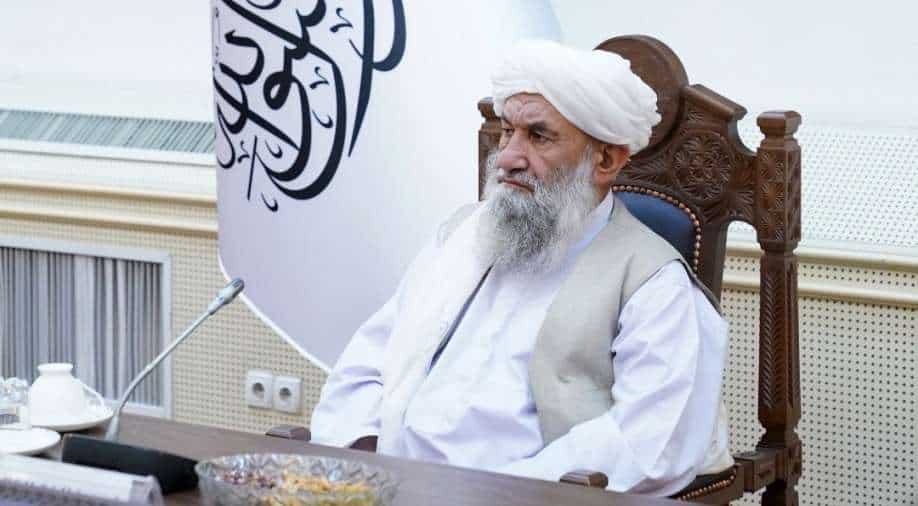 In September, the International Monetary Fund (IMF) said that its engagement with Afghanistan will remain suspended until there is clarity on the recognition of the government led by the Taliban

Urging international charities to keep offering aid to Afghanistan, new Prime Minister Mullah Mohammad Hassan Akhund pledged that his government will "not interfere" in other countries' internal affairs. Ever since the Taliban took over Afghanistan, the country has been struggling to battle poverty. There is also a threat of a “looming humanitarian crisis” in the country. Afghanistan had already been facing chronic poverty and drought but the situation has deteriorated since the Taliban seized power.

In his first address to the nation since the Taliban took over, Hassan said, "We assure all the countries that we will not interfere in their internal affairs and we want to have good economic relations with them."

He added, "We are drowned in our problems and we are trying to get the strength to bring our people out of miseries and hardships with God's help."

"We ask all the international charity organisations to not withhold their aid and to help our exhausted nation... so that the problems of the people could be solved," Hassan said in his speech.

During a news conference, IMF spokesperson Gerry Rice told reporters, "Our engagement with Afghanistan has been suspended until there is clarity within the international community on the recognition of the government".

UNHCR spokesperson Babar Baloch has said that around 9 million Afghans are "just one step away from starvation." He further added that 700,000 people, mostly women and children, have been displaced this year alone.