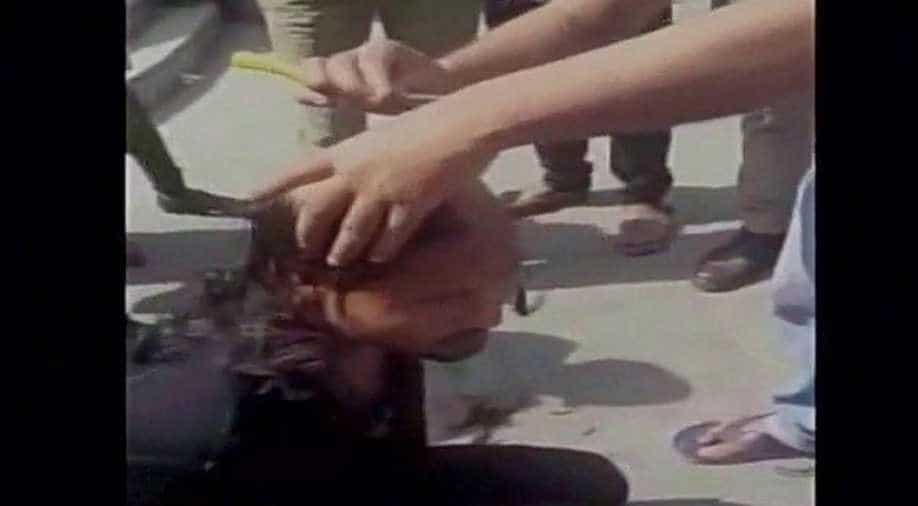 The tonsuring took place on March 22 after the constitution of anti-Romeo squads by the new UP chief minister Yogi Adityanath. Photograph:(ANI)
Follow Us

A video of an anti-Romeo squad shaving a man's head in Shahjahanpur, Uttar Pradesh has gone viral.

News reports said that when she was confronted, the woman with the man in the video (below) said she did not know him well.

News reports added that the man and the woman belonged to different faiths.

The tonsuring took place on March 22 after the constitution of anti-Romeo squads by the new Uttar Pradesh chief minister Yogi Adityanath.

News reports said the superintendent of police has taken note of the incident after the video was widely circulated online.

An inquiry has been ordered and the policemen responsible have been shifted to police lines (taken off active duty) and further action is expected, the Times of India reported.

UP director general of police Javeed Ahmed recently issued instructions that police should not shave heads, blacken faces, or make people do 'murga' (squats holding your ears) in the course of an anti-Romeo drive, NDTV reported.