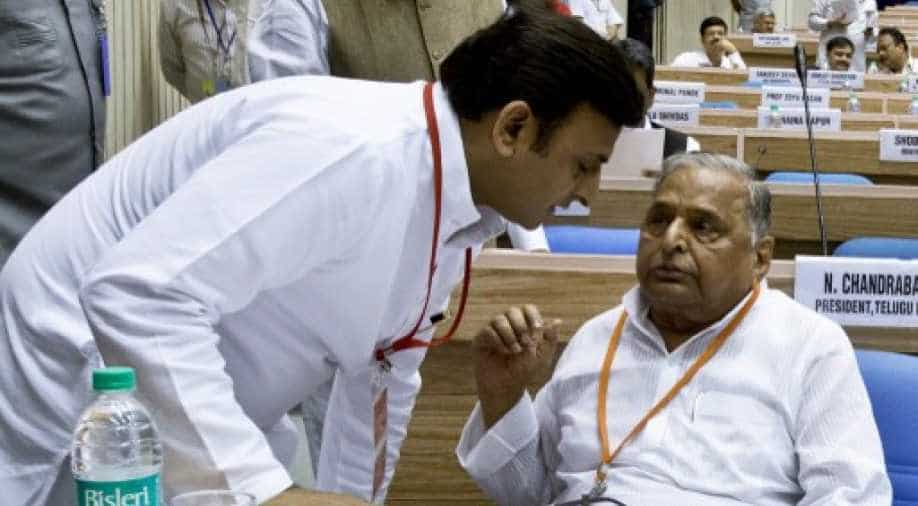 The ruling party of India's largest state Uttar Pradesh has descended into another bout of infighting over release of party candidates' names for the upcoming regional elections.

Uttar Pradesh's ruling party Samajwadi Party chief Mulayam Singh had on December 28 declared a list candidates for the state elections, which is to be held early next year.

But Mulayam made the announcement of 325 candidates without consulting his son and UP chief minister Akhilesh Yadav, exacerbating the relationship between the duo.

The father-son trust hit a low in mid-August when Akhilesh Yadav got into an acrimonious power struggle with his uncle Shivpal Yadav.

In what seems to be a deliberate snub to his son, Samajwadi Party patriarch Mulayam refused to name his son as the chief ministerial candidate and excluded those who are perceived to be close to Akhilesh.

Ram Govind Chaudhary, Pawan Pandey and Arvind Singh Gope are members of the pro-Akhilesh bloc who have been left out of the candidates' list.

In addition, Mulayam has given poll tickets to people who have not met openly feuded with Akhilesh, including Shivpal Yadav.

The timing of the announcement also underscored the fault lines in the family-run party. The names were announced when Uttar Pradesh chief minister Akhilesh was away in Bundelkhand.

"The list does not include names of certain candidates who are sure to win. I will take it up with the SP chief and tell him that some of them have done really good work and they should be given tickets," an upset Akhilesh had said on December 28.

On Thursday (December 29), Akhilesh met his supporters at his 5 Kalidas Marg residence in India's northern city of Lucknow to defy his father's plan of action.