UP elections: Alliance done but SP, Cong continue to bicker over seat sharing 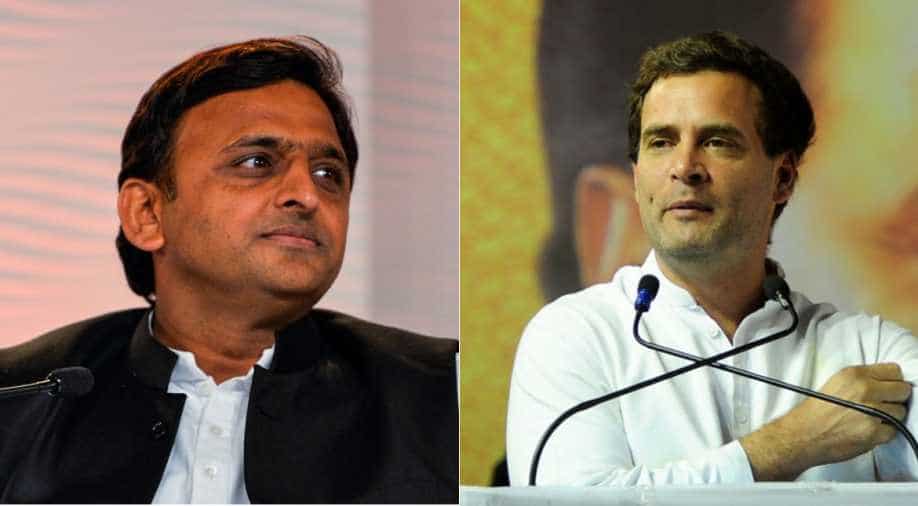 Despite the two parties sealing an electoral alliance in Uttar Pradesh, leaders of both the Congress and Samajwadi Party (SP) are still at loggerheads over seat sharing, particularly in Amethi and Rae Bareli Lok Sabha constituencies, which are the bastion of the Nehru-Gandhi family.

The two parties have failed to reach an agreement over 10 seats which fall in the two Lok Sabha constituencies. While the Amethi Parliamentary seat is held by Congress Vice President Rahul Gandhi, Rae Bareli is represented by his mother and party President Sonia Gandhi.

Citing a general understanding between chief minister Akhilesh Singh and Gandhi scion Priyanka Gandhi Vadra that sitting MLAs would not be disturbed, the SP has announced candidates for seven of those 10 seats, where it is already in power, leaving just three for its alliance partner. In retaliation, the Congress is now preparing to declare candidates for all 10 seats that it claims as its own and a reference point for the revival of the party’s fortune in this critical state.

In the 2012 Assembly election, SP had won three seats in Amethi and four seats in Rae Bareli. The Congress won just two seats in Amethi but drew a blank in Sonia Gandhi’s constituency.

Congress workers, who had been preparing to regain those seats, are reportedly offended at getting just three seats. To add insult to injury, the SP has fielded known Sonia and Rahul baiters Gayatri Prasad Prajapati from Amethi and Rakesh Pratap Singh from Garuriganj. In Rae Bareli, it has nominated Asha Kishore from Salon, Devendra Pratap Singh from Sareni and Manoj Kumar Pandey from Unchahar. All of them are currently MLAs.

Sources say local Congress workers have refused to campaign for these SP candidates. Admitting difficulties, Deepak Singh, an Amethi native and Congress Member of the Legislative Council, said he and other workers have over the past five years highlighted misdeeds and lack of commitment of the SP MLAs.

“With what face will we now go door to door and ask people to vote for them?” he questions.

Meanwhile, sources say the issue is not only about the Nehru-Gandhi bastions, but that confusion reigns over other seats as well.

After several rounds of negotiations in Lucknow over the Amethi-Rae Bareli seats, the squabbling has now reached the national capital, with Congress leaders asking Priyanka to intervene. Congress leaders say they gave up their claim on the Lucknow Cantonment seat, a party bastion, in order to accommodate Yadav family daughter-in-law Aparna. Party general secretary Ghulam Nabi Azad said there was still time left to decide on these seats, as they are going to polls in phase IV and V on February 23 and 27 respectively.

SP leaders point out that in 2012, despite Priyanka Gandhi’s strenuous campaigning, Congress could retain only Jagdishpur and Tiloi seats under the Amethi parliamentary constituency. It lost all five Assembly constituencies in Rae Bareli, while the SP won four. Only Rae Bareli Sadar was won by Peace Party candidate Akhilesh Singh, whose daughter recently joined the Congress.