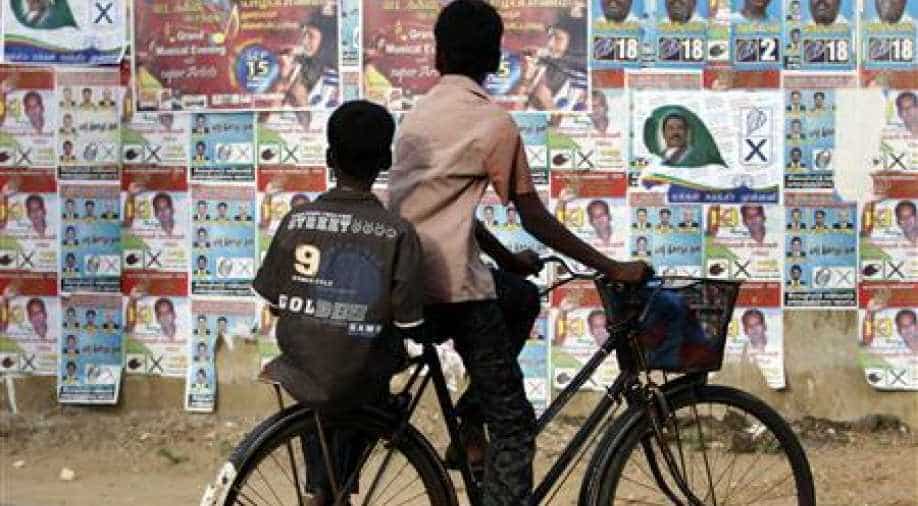 The Tamil National Alliance (TNA) could tip the balance should parliament be recalled this week to decide between two rivals both claiming the lawful right to head Sri Lanka's government.

Sri Lanka's main Tamil party on Sunday urged the president to reconvene parliament and end a worsening political crisis, as the minority ethnic community emerge as kingmakers in the power struggle.

The Tamil National Alliance (TNA) could tip the balance should parliament be recalled this week to decide between two rivals both claiming the lawful right to head Sri Lanka's government.

Sri Lanka has been gripped by constitutional turmoil since President Maithripala Sirisena sacked his former ally, prime minister Ranil Wickremesinghe, and his cabinet on October 26.

Wickremesinghe says his dismissal was illegal as he commands a greater majority in parliament than Mahinda Rajapakse, the former strongman president controversially installed in his place.

The TNA has already said it would vote against Rajapakse in a no-confidence motion when parliament reconvenes.

Both rivals have been marshalling numbers behind the scenes, worrying civil society groups who protested Sunday in the capital Colombo against the horse-trading.

TNA legislator Dharmalingam Sithadthan said the president had called the Tamil legislators to a meeting Wednesday -- the same day parliament was expected to reconvene.

"We have asked the president to immediately call parliament and end this crisis," TNA legislator Dharmalingam Sithadthan told AFP.

Wickremesinghe's party risks losing legislators to Rajapakse's camp as the days drag by. Some members of his party have already alleged they were offered portfolios and huge amounts of money to switch allegiances.

The Sunday Times of Colombo newspaper described the sacking of the prime minister as "sheer political expediency" and outside the law.

The state-run Sunday Observer, now controlled by Rajapakse-loyalists, defended the change of government but acknowledged the crisis should be resolved.

According to latest counts, Wickremesinghe has 103 MPs from the 225-
seat assembly while Rajapakse and Sirisena have 101.

Most of the remaining 21 MPs -- including the TNA -- are set to oppose Rajapakse, observers said.

The Sri Lanka Muslim Congress (SLMC) party, which has seven lawmakers, said its members had also rejected offers to join the Sirisena-Rajapakse camp.