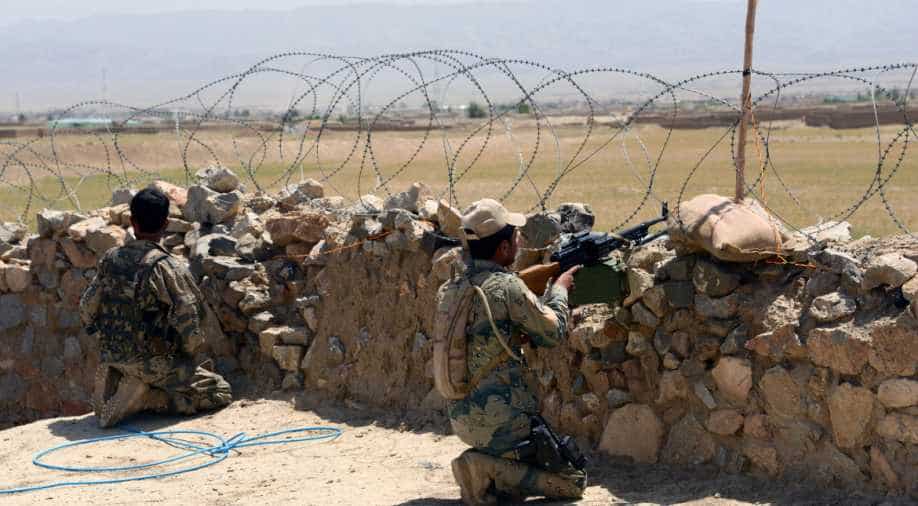 Pakistan's military on Sunday said it had killed more than 50 Afghan soldiers in a clash on a major border crossing two days earlier, a claim quickly rejected by Kabul.

The skirmish took place Friday at the Chaman border that divides Pakistan's southwest Balochistan province and Afghanistan's southern Kandahar, as Pakistani officials were carrying out a census count.

At least eight civilians were killed, according to previously stated tolls by officials -- seven on the Pakistani side, and one on the Afghan side.

Afghanistan had blamed Pakistani census enumerators accompanied by soldiers for straying across the border, a charge denied by Islamabad.

"We are not pleased to tell you that five Afghan check posts were completely destroyed -- more than 50 of their soldiers were killed and above 100 were wounded," Major General Nadim Ahmad, head of the paramilitary Frontier Corps told reporters.

"We are not happy for their losses but we were forced to retaliate," he said, adding two Pakistani soldiers were killed and nine wounded in the incident.

"A very false claim by a Pakistani Frontier Corp that as many as 50 Afghan soldier lost their lives in Pak retaliation; totally rejected," tweeted Sediq Sediqqi, a government spokesman.

Samim Khpalwak, a spokesman for the governor of Kandahar province, instead said two troops were lost in the attack, in addition to the death of a civilian.

The border has remained closed since Friday, with senior Pakistan army general Amir Riaz telling reporters it would remain so "until Afghanistan changes its behaviour".

The so-called "Durand Line", a 2,400-kilometre (1,500-mile) frontier drawn by the British in 1896 and disputed by Kabul, has witnessed increased tension since Pakistan began trenching along it last year.

The border is not the only area of dispute between the neighbours: Afghanistan has long accused Pakistan of sponsoring the Afghan Taliban, though Islamabad says it provides the militants with safe haven as a "lever" to bring them to peace talks.

Pakistan has also accused Afghanistan of harbouring militants who carry out attacks in its territory.

Pakistan embarked on the enormous task of conducting its first census in almost two decades in March.

The fast-growing country is the sixth most populous in the world, with an estimated 200 million people, but has not held a census since 1998, despite a constitutional requirement for one every decade.