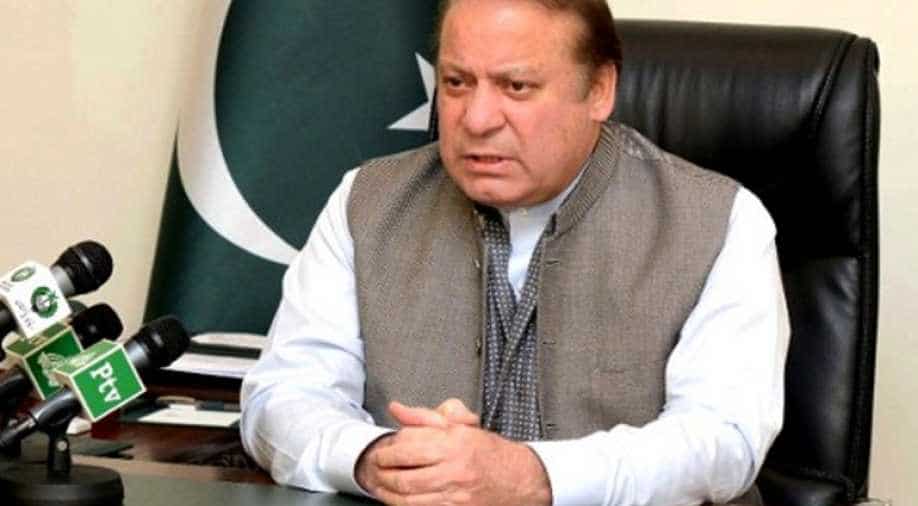 Pakistan's ousted prime minister Nawaz Sharif will challenge his conviction in the Al-Azizia Steel Mills case in the Islamabad High Court this week, his lawyer said on Sunday after the PML-N supremo was sentenced to seven years in jail for corruption.

Three cases - Avenfield properties case, Flagship Investment case and Al-Azizia Steel Mills case - were launched against the Sharif family by the National Accountability Bureau (NAB) on September 8, 2017, following a judgment by the Supreme Court that disqualified Sharif as prime minister in the high-profile Panama Papers case in July last year.

Last Monday, an anti-corruption court in Islamabad sentenced 68-year-old Sharif to seven years in jail in the Al-Azizia Steel Mills case but acquitted him in the Flagship Investment case.

The accountability court had also imposed a fine of $ 2.5 million and 1.5 million pounds on Sharif.

"We have almost finalised the draft of the appeal against the verdict (against Sharif) and will file it in the Islamabad High Court this week," Sharif's lawyer Khwaja Haris told PTI. He said, "We are hopeful to get relief from the high court as there are many loopholes in the judgment of the accountability court".

Sharif's legal team also called on him at Kot Lakhpat jail in Lahore on Saturday and discussed with him legal matters related to the appeal challenging the accountability court's verdict. They also met his daughter Maryam Nawaz at the Sharif's Jati Umra residence in Raiwind and discussed the case.

The accountability court had also barred Sharif from holding public office for 10 years after completing his sentence. It also ordered confiscation of his Hill Metal Establishment firm and issued perpetual warrants of arrest for his sons - Hussain and Hassan - who had been declared proclaimed offenders.

This was the second conviction of three-time prime minister Sharif this year, as he had been convicted for 10 years, along with his daughter Maryam Nawaz (seven years) and son-in-law Mohammad Safdar (one year), in the Avenfield case in July.

The Islamabad High Court had suspended their sentence and they were released on September 19 after spending 63 days in prison. The three corruption references were filed in the court against the Sharif family following revelations of their offshore holdings in the Panama Papers in 2016.

Sharif spent a night in Adialia jail in Rawalpindi after his conviction on Monday and was shifted to Kot Lakhpat jail the next day.

According to jail sources, both brothers meet each other as they are in the same barrack. Shahbaz, also the opposition leader in the National Assembly, will be shifted to Islamabad when the parliamentary session is underway.

The PML-N has expressed hope that Sharif will get relief from the high court as no corruption has been proven against him.

"According to our legal team the judgment of the accountability court is very weak and we have strong grounds to pin hopes to get relief from the high court," said PML-N senior leader and former federal minister Ahsan Iqbal.

He said in the Al-Azizia case "justice has not been served as there are many loopholes in the judgment".