Jayalalithaa is not dead, insists Apollo Hospital amid rumour frenzy 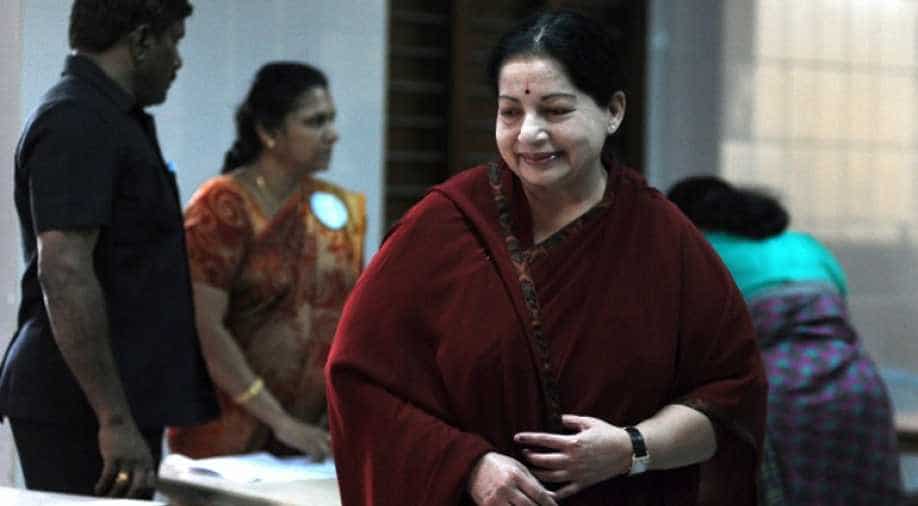 In photo: J. Jayalalithaa smiles after casting her ballot for national elections at a polling station on April 24, 2014 Photograph:( AFP )

Tamil Nadu chief minister J Jayalalithaa has not passed away and continues to remain on life support, Apollo Hospital in Chennai insists, minutes after speculations went on an overdrive about the politician's demise.

Apollo Hospital released a statement, saying: "Some TV channels are wrongly reporting that Honourable Chief Minister is no more. This is totally baseless and false."

The national frenzy engulfed Pakistan too. A Pakistani journalist named Omar R Quraishi tweeted on Monday morning that prominent Urdu papers this morning reported that Jayalalithaa had died, even though she's alive.

AIADMK headquarters was also gripped in the frenzy. They initially lowered the party flag at half mast only for later to be hoisted to full mast again. Jayalalithaa joined the All India Anna Dravida Munnetra Kazhagam (AIADMK) in 1982.

The southern moon has set for ever. #jayalalithaa no more. #RIPAmma