IS hostage standoff in Dhaka continues 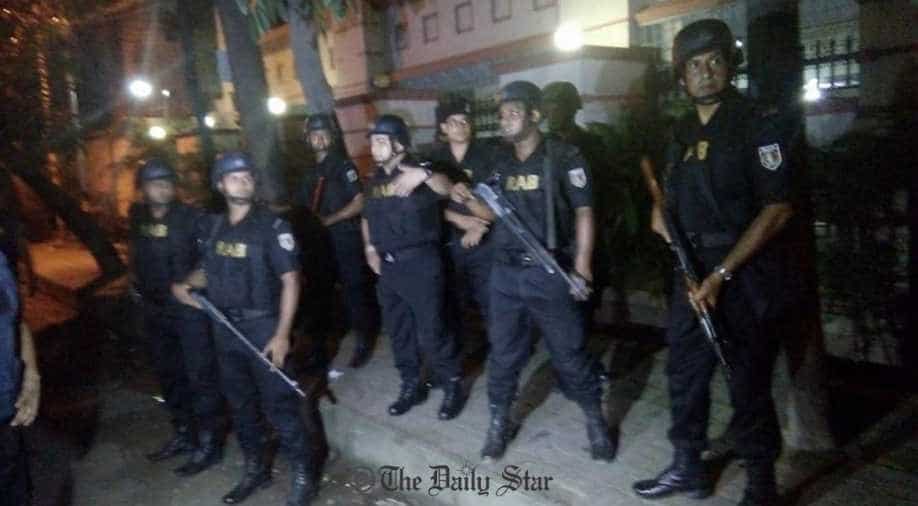 Follow Us
Gunmen attacked a restaurant popular with foreigners in the diplomatic quarter of the Bangladeshi capital on Friday, police and a witness said.

BDNews24.com reported that "At least four injured police officials were seen being transported. One of them looked seriously injured".

WION can confirm after speaking with Dr. Miraj at the United Hospital in Dhaka, 300 metres from the hostage crisis, that 30 security personnel are being treated after sustaining wounds from grenade shrapnel, as well as bullets.

IS has claimed responsibility for the attack.

So far one employee has managed to escape and there are reports that two hostages have been released, for unknown reasons.

Local reports say seven Italian nationals are among the hostages.

1:50: Reuters reports IS claims responsibility for the attack

12:39 am: Police try and initiate negotiations with attackers

12:06 am: A bakery staffer, Sumon Reza escapes, says an Argentinian & an Italian among hostages


Locals have taken to social media to share pictures and to describe what they know. Their reports cannot be verified by WION.


The witness said from his house in the upscale Gulshan area of Dhaka he could hear gunfire and it "looked quite bad". The US Embassy in Dhaka said on its Twitter feed there were "reports of shooting and hostage situation".

10 attackers take around 60 hostages, 20 foreigners included, at a restaurant in #Dhaka. RAB director says they want a `peaceful resolution`


The US state department has issued an update about the hostage situation: