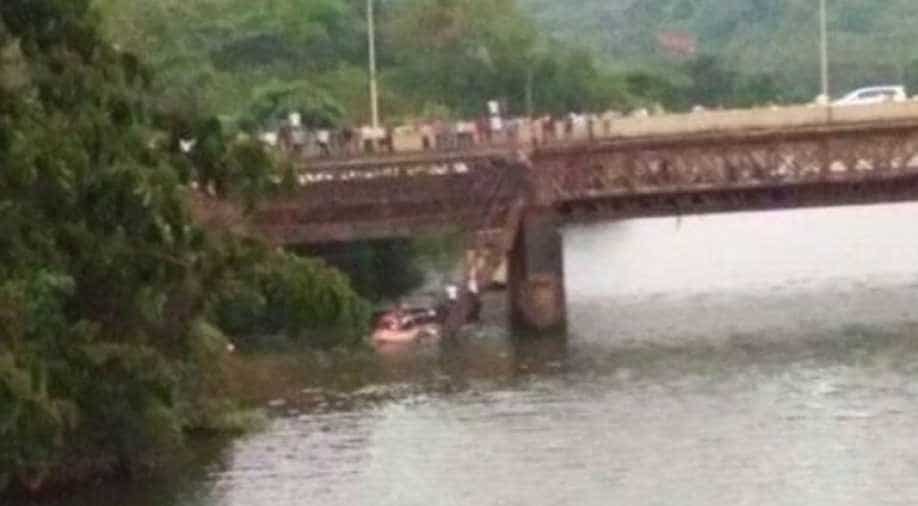 The footbridge collapsed while police were attempting to rescue a youth who had jumped off the bridge. Photograph:( ANI )

Death toll rises to two as another body was recovered on Friday, after a Portuguese era footbridge collapsed in South Goa`s Curchorem.

Earlier on Thursday, the Union Home Minister Rajnath Singh spoke to Goa Chief Minister Manohar Parrikar on the collapse of the footbridge.

"Spoke to Goa CM Shri @manoharparrikar regarding the bridge collapse on Sanvordem River. Search and rescue ops have been intensified," Rajnath Singh tweeted.

A total of fifteen people have been rescued till now and five have been admitted to a hospital.

50 persons fell into a river following the collapse of the footbridge.

The incident took place when the police were attempting to rescue a youth who jumped off the bridge.

The police and the fire brigade are currently at the spot. The rescue operation is currently underway.