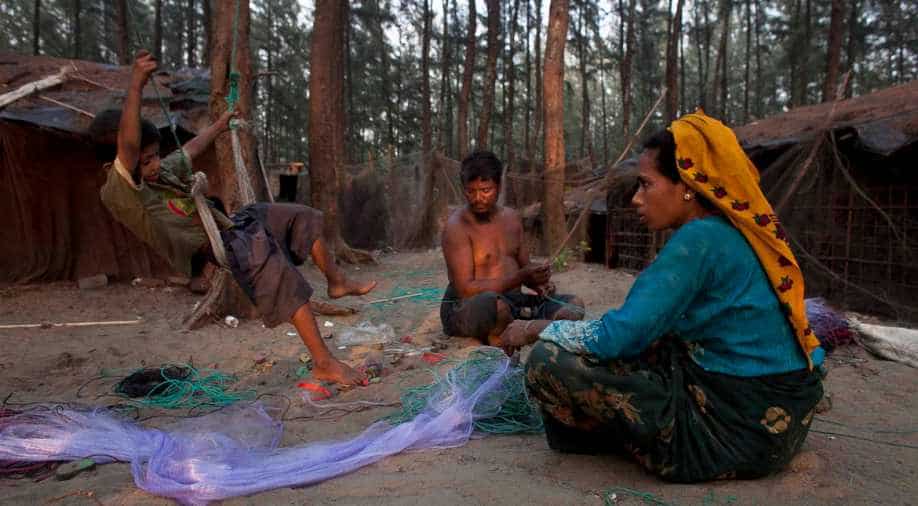 Some 50,000 Rohingya Muslims have fled to Bangladesh from Myanmar, Bangladeshi foreign ministry in Dhaka said on Thursday. Photograph:( Getty )

Twenty-three Nobel laureates and global leaders have jointly issued a letter on Thursday to the president of the United Nations Security Council urging the United Nations to take actions to stop persecution against Rohingya Muslim minorities in Myanmar and end the crisis there.

The letter expressed disappointment at Myanmar’s leader Aung San Suu Kyi, herself a Nobel peace prize laureate, for turning a blind eye to the persecution of the Muslim Rohingya minority.

It states, “Despite repeated appeals to Daw Aung San Suu Kyi we are frustrated that she has not taken any initiative to ensure full and equal citizenship rights of the Rohingyas. Daw Suu Kyi is the leader and is the one with the primary responsibility to lead, and lead with courage, humanity and compassion.

“We urge the United Nations to do everything possible to encourage the Government of Myanmar to lift all restrictions on humanitarian aid, so that people receive emergency assistance. Access for journalists and human rights monitors should also be permitted, and an independent, international inquiry to establish the truth about the current situation should be established.

“It is time for the international community as a whole to speak out much more strongly. After Rwanda, world leaders said ‘never again’. If we fail to take action, people may starve to death if they are not killed with bullets, and we may end up being the passive observers of crimes against humanity which will lead us once again to wring our hands belatedly and say ‘never again’ all over again.”

Some 50,000 Rohingya Muslims have fled to Bangladesh from Myanmar, Bangladeshi foreign ministry in Dhaka said on Thursday. The ministry summoned Myanmar’s ambassador to express “deep concern at the continued influx” of tens of thousands of members of the stateless ethnic minority into its territory.

“When you persecute people like that and push [them] into Bangladesh by torturing them Bangladesh would definitely have a concern and I would say India should also be concerned because some of them [Rohingyas] have gone there as well,” said Brigadier General (R) Sakhawat Hussain.

Bangladesh has been accommodating between 300,000 to 500,000 Rohingya Muslims, according to unofficial estimates for years.