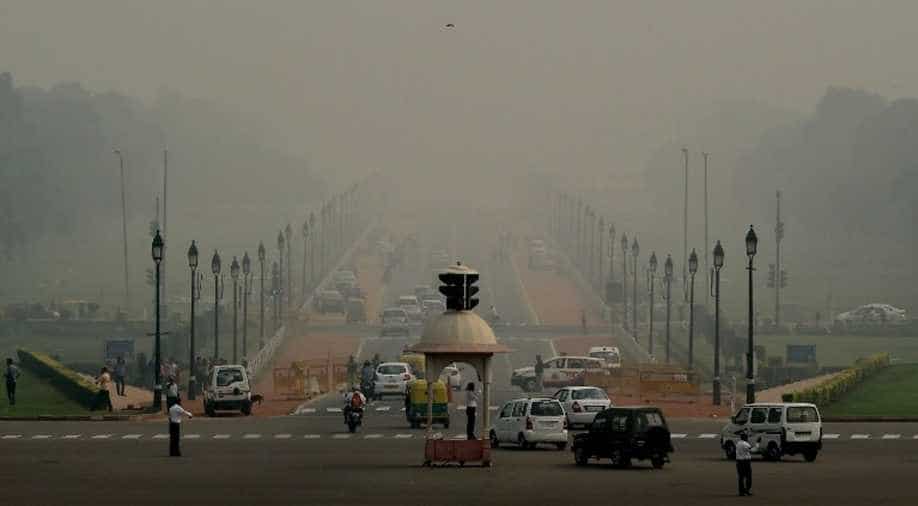 Delhi is rapidly moving up on the list of heavily polluted cities around the world. Photograph:( AFP )

Schools in India's capital city of New Delhi will be closed for the next three days owing to the alarming levels of air pollution, the Delhi government declared on Sunday.

"Emergency measures are needed to solve this problem together. All construction and demolition in the city will be banned for the next five days," Delhi chief minister Arvind Kejriwal told AFP.

Kejriwal in an emergency meeting of the state cabinet advised people to stay indoors as much as possible.

He also the spoke of a possibility of engineering artificial rain through cloud seeding.

Delhi health minister Satyendra Jain stated that all hospitals are ready and well equipped to handle the situation, adding that there has been an increase in the flow of patients with breathing problems.

The government has also undertaken other measures like fighting fires at landfill sites, sprinkling water on main roads to suppress dust, vaccum cleaning roads from November 10, strict restrictions on burning of leaves and waste in the open and shutting down the Badarpur power plant for 10 days.

Farmers in states around Delhi undertake crop-stubble burning before each sowing season, which worsens air pollution over the city and surrouding towns.

India's environment minister Anil Madhav Dave, who termed the issue as an "emergency", is expected to discuss a solution to the crop-burning issue with leaders of neighbouring states this week.

He, however, stressed that according to the satellite images, neighbouring states were responsible for only 20 per cent of the pollution, whereas the remaining 80 per cent of it emanated from Delhi itself due to its garbage problem.

Rapid urbanisation, pollution from diesel engines, coal-fired power plants and industrial emissions have all contributed to Delhi's worsening air quality over the years.

Chief minister Kejriwal had earlier this year put restrictions on car-owners. His plan took around a million cars off the roads for 15 days in a bid to improve air quality.

The 'odd-even' plan restricted cars to alternate days according to their number plates.

The reading for pollutants in the air recently reached 1,000 microgram for the first time in a south Delhi neighbourhood - 10 times above the World Health Organisation (WHO)-recommended level.

Green experts have said that the capital is facing the worst smog in 17 years. Cases of severe breathlessness, asthma and allergy have gone up steeply in Delhi, PTI reported.