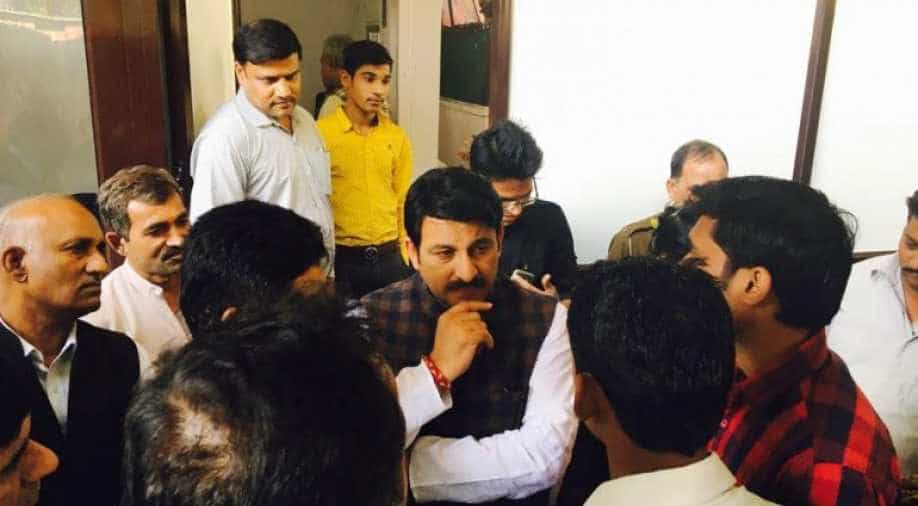 An eyewitness said the attackers came in a group of 7 or 8 and that they hurled abuses. Photograph:( Twitter )

Delhi BJP chief Manoj Tiwari’s Delhi house was ransacked late Sunday night, news agency ANI reported. Tiwari himself was not present when the incident took place at around 1 am.

Two accused have been arrested in in connection to the case.

#WATCH: CCTV footage from the premises of Delhi BJP Chief Manoj Tiwari's residence, before his house in the capital was ransacked pic.twitter.com/GyZNb0qp1T

An eyewitness said the attackers came in a group of 7 or 8 and that they hurled abuses.

Don't know their intention or the reason behind but they were very abusive, were not scared of police. They were 7-8 in number: Eye witness pic.twitter.com/JyeNTxHXxD

Tiwari said the incident looked like a big conspiracy, that too with police involvement. No one should be spared, he added.

Deputy Commissioner of Police (DCP) Crime Madhur Verma assured that all the angles related to the case would be investigated.

"As per the statement given by Manoj Tiwari's staff Ashok Pathak, an FIR under Section 452, 323, 506 and 34 has been lodged. Upon investigation, accused Jaykumar and his brother Jaswant, who live in North Avenue, have been apprehended and will be arrested soon," Verma told the media here.

Verma further informed that the scuffle started with a verbal argument but escalated to a violent level due to which even the staff of the BJP MLA was not spared.

The accused ransacked the entire house and even the cars were vandalized.

"They were carrying rods. Even a policeman was visible in the CCTV footage, with these people. As per the information, I have got they were looking for me. I am not aware of the entire incident we are looking the CCTV footage," Tiwari said after the incident.

Earlier in February, Tiwari's car was attacked by few unidentified men in Mumbai and was warned to stay away from campaigning for BMC polls in Mumbai.