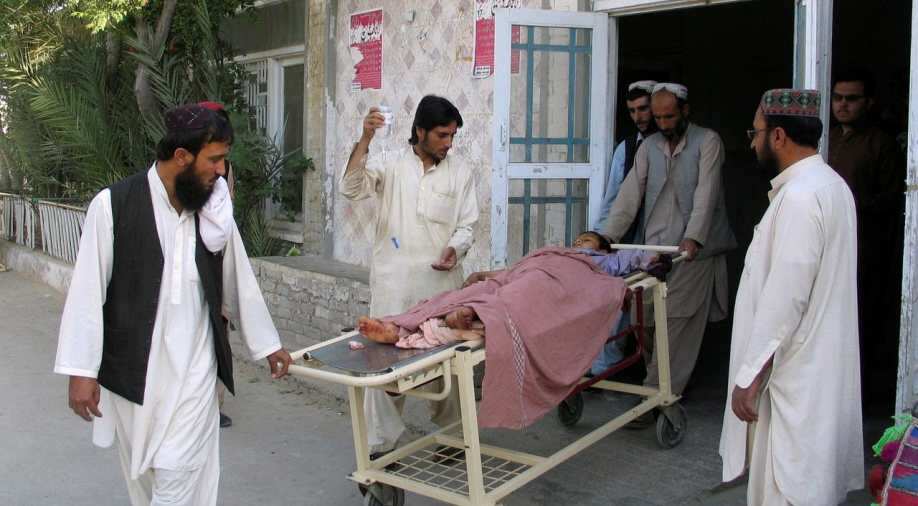 On Pakistan`s side, hospital officials reported seven deaths from the flare-up between the Asian neighbours who are U.S. allies but often trade accusations of backing militants.

Afghanistan accused Pakistan on Friday of killing 15 civilians during clashes at a border crossing where crowds were jostling to cross for the Muslim festival of Eid al-Adha.

On Pakistan`s side, hospital officials reported seven deaths from the flare-up between the Asian neighbours who are U.S. allies but often trade accusations of backing militants.

The governor of Afghanistan`s southeastern Kandahar province, Hayatullah Hayat, said shells fell on homes in the border town Spin Boldak, with women and children among 15 dead and 80 hurt, during the clashes between both nations` security forces.

In Pakistan, medics said seven people had died and 31 were brought in with bullet wounds.

The violence flared when crowds waiting to cross into Afghanistan became unruly and attacked Pakistani installations, said a senior official in the Pakistani border town Chaman.

"If the Pakistani military continues its rocket attacks on Afghan territory, they will face retaliation by the Afghan army," Afghanistan`s defence ministry said in a statement.

Pakistan`s foreign ministry said Afghan forces had opened fire on the crowd. "Pakistan troops responded to protect our local population and acted only in self-defence," it said, adding that Pakistan immediately activated military and diplomatic channels to deescalate the situation.

However, protesters told Reuters by phone that the Pakistani security forces had opened fire on the crowd first.

The crossing, mostly shut during the COVID-19 pandemic, was briefly opened on Wednesday and had been due to reopen on Thursday to allow nationals of both countries to cross for Eid, which falls on Friday in Afghanistan and Saturday in Pakistan.

When it did not open, a large crowd gathered to protest, and a quarantine centre and Pakistani government facility for processing crossings were burned down, the Chaman official said.

People on both sides, with close family and tribal ties, have for decades moved freely across the border. But security and monitoring have tightened recently as both nations have accused each other of providing safe havens for extremists.