At least 12, including children, killed in Kabul car bomb blast 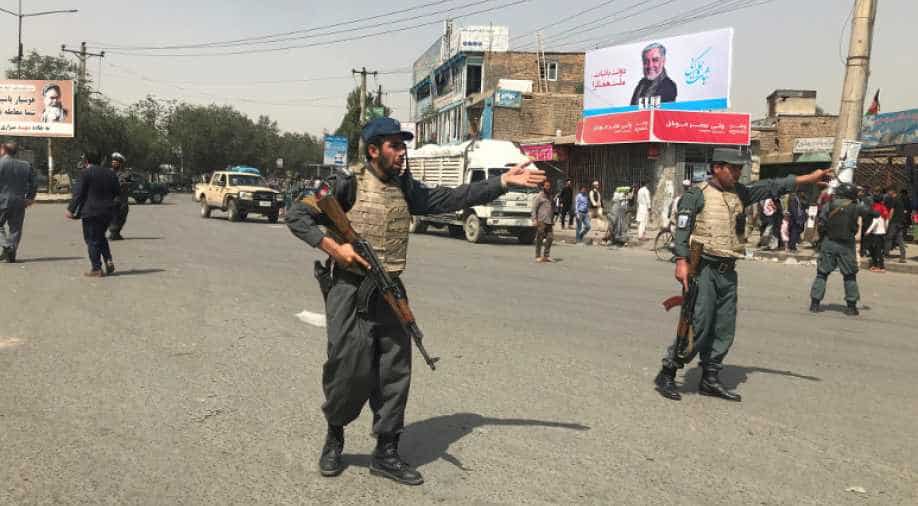 All those killed in the suicide attack were Afghan civilians, and the nationalities of the foreigners wounded were not confirmed.

At least 12 people, including three children, were killed when a minivan packed with explosives rammed into a vehicle carrying foreigners during Kabul's morning rush hour Wednesday, officials said.

Four foreign nationals were among those wounded in the attack that targeted an SUV belonging to a private Canadian security company, GardaWorld -- in a crowded neighbourhood which is near the interior ministry and north of Kabul airport.

"As a result of today's attack in Kabul, 12 people, including three children, were killed and 20 were wounded including four members of Gardaworld," Marwa Amini, an interior ministry spokeswoman, said.

All those killed in the suicide attack were Afghan civilians, and the nationalities of the foreigners wounded were not confirmed.

Interior Minister Massoud Andarabi said that one of those killed was a 13-year-old child heading to school.

"The enemies of our people should know that our people are determined for peace, nothing can stop them from achieving peace," he said.

A source at the interior ministry said the blast was detonated by a suicide bomber in the vehicle.

There was no immediate claim of responsibility. Both the Taliban and the Islamic State group are active in the city, which is one of the deadliest places in the war-torn country for civilians.

The blast came one day after Afghan President Ashraf Ghani announced that Kabul would release three high-ranking Taliban prisoners in an apparent prisoner swap with Western hostages who were kidnapped by the insurgents in 2016.

Ghani did not specify the fate of the Western hostages -- an Australian and an American, both professors at the American University in Kabul -- and it was not clear when or where they would be freed.

The two, American Kevin King and Australian Timothy Weeks, were kidnapped in August 2016 from the heart of Kabul.

They later appeared looking haggard in a Taliban hostage video, with the insurgents going on to say that King was in poor health.

Ghani noted in his speech that "their health has been deteriorating while in the custody of the terrorists".

He also did not state when or where the Taliban prisoners would be freed.

The Taliban spokesman Zabihullah Mujahid told AFP Wednesday that he could not confirm anything about the swap yet.

"When our captives reach their destination, the American University professors will be released," he said.

Ghani said that he hoped the decision would help "pave the way" for the start of unofficial direct talks between his government and the Taliban, who have long refused to negotiate with the administration in Kabul.

Over the past year, the US and the Taliban had been holding direct talks seeking a deal that would bring the insurgents to the table for peace talks with Kabul, and allow the US to begin withdrawing troops.

Most experts agree that there is no military solution in Afghanistan and that talks will have to restart again eventually.

Until then, however, civilians continue to pay a disproportionate price in the long-running and brutal war.

Last month, the United Nations released a report saying an "unprecedented" number of civilians were killed or wounded in Afghanistan from July to September this year.

The UN laid most of the blame at the feet of "anti-government elements" such as the Taliban, who have been carrying out an insurgency in Afghanistan for more than 18 years.