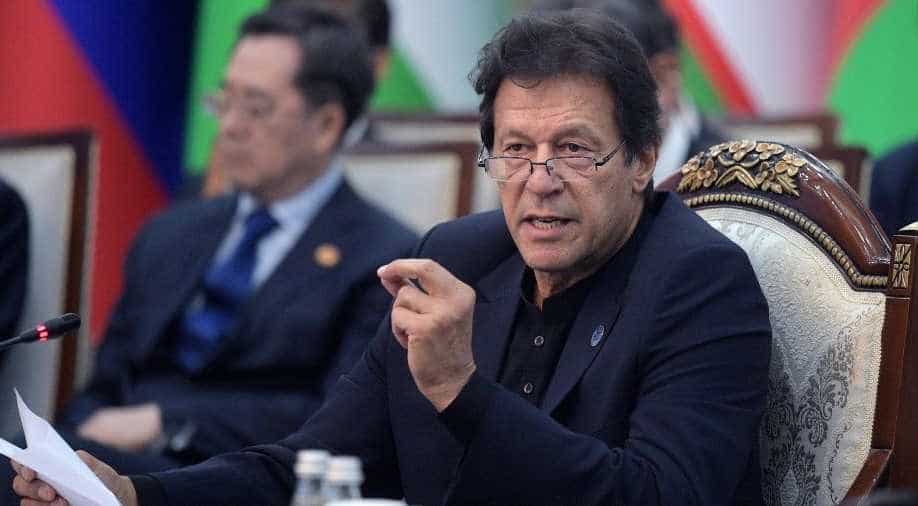 'We lost 70,000 people. We lost over a hundred billion dollars to the economy. And in the end we were blamed for the Americans not succeeding in Afghanistan. I felt it was very unfair on Pakistan,' Khan said.

Pakistan should have taken a neutral stance instead of backing America's 'War on Terror' bid against the Soviet rule in Afghanistan, said Prime Minister Imran Khan on Thursday.

American Marines have been fighting the war against Taliban in Afghanistan since the last two decades. In an exclusive interview to a Russian media house on Thursday, Khan said, "I strongly felt Pakistan should have been neutral because joining these groups turned against us."

"We lost 70,000 people. We lost over a hundred billion dollars to the economy. And in the end we were blamed for the Americans not succeeding in Afghanistan. I felt it was very unfair on Pakistan," the prime minister stressed. Khan's comments seem to be a face-saving measure ahead of the upcoming meeting of the Paris-based Financial Action Task Force (FATF) in October.

The watchdog is expected to submit its final evaluation report on Islamabad's action plan to curb terror financing next month.

Last month, the FATF's regional affiliate Asia-Pacific Group (APG) had put Pakistan in the enhanced expedited follow-up list, a category reserved for countries having major deficiencies in their anti-money-laundering and counter-financing of terrorism framework and implementation.

In his interview, Khan further admitted that the terror groups, which were born on the Pakistani soil and funded by America to carry out 'jihad' in Afghanistan, have now turned against Pakistan.

The prime minister stated that taking part in America's war against terrorism has lead to a loss of its own people as well as created a crisis in the economy, the repercussions of which can be felt now as the cash-strapped nation has requested numerous countries and global money lenders for bailout packages to support its plunging credit line.

Meanwhile, continuing the accusations over Pakistan joining the US-led global campaign against terrorism, the cricketer-turned-politician also said that Islamabad had been training the Mujahedeen fighters, who were "funded by the American CIA" to wage war against the Soviet Union in Afghanistan in the 1980s.

But as it was the US' turn to invade Afghanistan, "these groups turned against us," he stated.

"Participating in the war... (and I repeat)... I was against it because in 80s we were trading these Mujahedeen people to do jihad against the Soviets when they occupied Afghanistan. So these people were trained by Pakistan funded by the CIA. And now, decades later, the same groups who were all in Pakistan are supposed to say that now it's no longer jihad. It's terrorism. But it is not the case," he stated.

"It was a big contradiction."

"Well you see, had we not participated in the American war after 9/11, we would not have been the world's dangerous country," Khan said.

Earlier, during his maiden visit to the United States in July, Khan had made a similar revelation that his country still has about 30,000 to 40,000 militants "who have been trained and fought in some part of Afghanistan or Kashmir."

Khan had also said that before his Pakistan Tehreek-e-Insaf government came into power, the governments did not have the "political will" to disarm militant groups operating on their soil.

During a separate event, the Pakistani Prime Minister also said that they had 40 different militant groups operating within its borders.