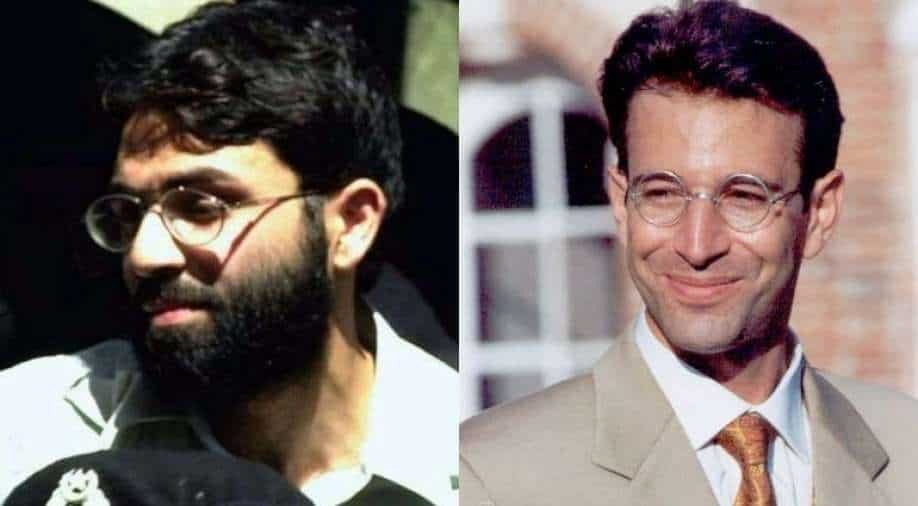 This comes after Pakistan's Supreme Court ordered the release of Ahmed Omar Saeed Sheikh, convicted in 2002 of orchestrating the abduction and killing of Wall Street Journal reporter Daniel Pearl

A total of 36 members of the US Congress on Tuesday issued a letter to Pakistan`s Ambassador to the United States, urging the country to undertake a full review of acquittal of the accused in the case of 2002 killing of American journalist Daniel Pearl.

In a letter to Pakistan envoy Asad Majeed Khan, the US lawmakers said, "In the years since the tragic murder of Daniel Pearl, the US and Pakistan have maintained a robust partnership, particularly in the areas of security cooperation, energy, trade, and investment. We look forward to continuing to work with you to advance this relationship." 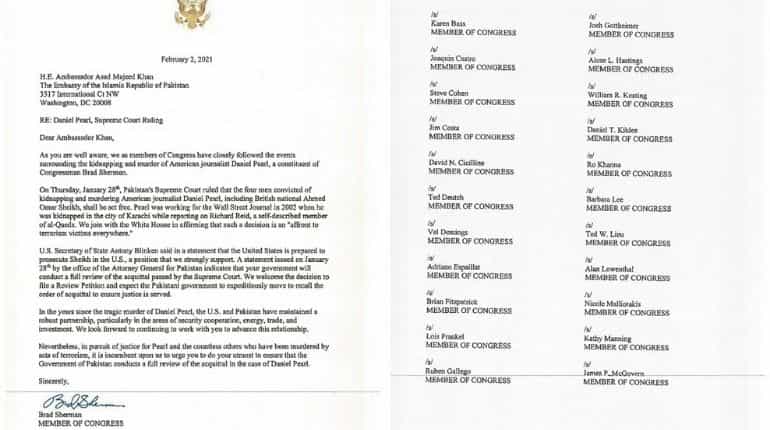 "Nevertheless, in pursuit of justice for Pearl and the countless others who have been murdered by acts of terrorism, it is incumbent upon us to urge you to do your utmost to ensure that the Government of Pakistan conducts a full review of the acquittal in the case of Daniel Pearl," the letter said.

This comes after Pakistan's Supreme Court ordered the release of Ahmed Omar Saeed Sheikh, convicted in 2002 of orchestrating the abduction and killing of Wall Street Journal reporter Daniel Pearl.

Last week, US Secretary of State Antony Blinken had said in a statement that the US is prepared to prosecute Sheikh in the US, a position that the lawmakers strongly supported.

The letter, which was signed by the likes of Ro Khanna and Brad Sherman further said, "A statement issued on January 28th by the office of the Attorney General for Pakistan indicates that your government will conduct a full review of the acquittal passed by the Supreme Court. We welcome the decision to file a Review Petition and expect the Pakistani government to expeditiously move to recall the order of acquittal to ensure justice is served."

''We expect the Pakistani government to expeditiously move to recall the order of acquittal to ensure justice is served," said Congressman Sherman. Pakistan`s Supreme Court on Tuesday directed the authorities to shift terrorist Ahmed Omar Saeed Sheikh, the prime accused in Pearl`s murder, from a death cell in the Karachi Central Prison to government rest house within the next two or three days.

A three-member bench of the Supreme Court resumed hearing on Tuesday on the petition filed by the Sindh government seeking review of the apex court order to release the terrorist in connection with the journalist`s murder case.

The apex court, on Monday, had extended the detention of Sheikh by one day on the request of the Sindh government to review his release. Sheikh was one of three terrorists released by India in 1999 in exchange for a hijacked airliner.

In 2002, Pearl, the 38-year-old journalist of The Wall Street Journal`s South Asia bureau, was abducted and beheaded while he was in Pakistan to investigate a story of terror groups` links to Al-Qaeda.