26 killed in Dhaka cafe, most by sharp weapons: Bangladesh Army 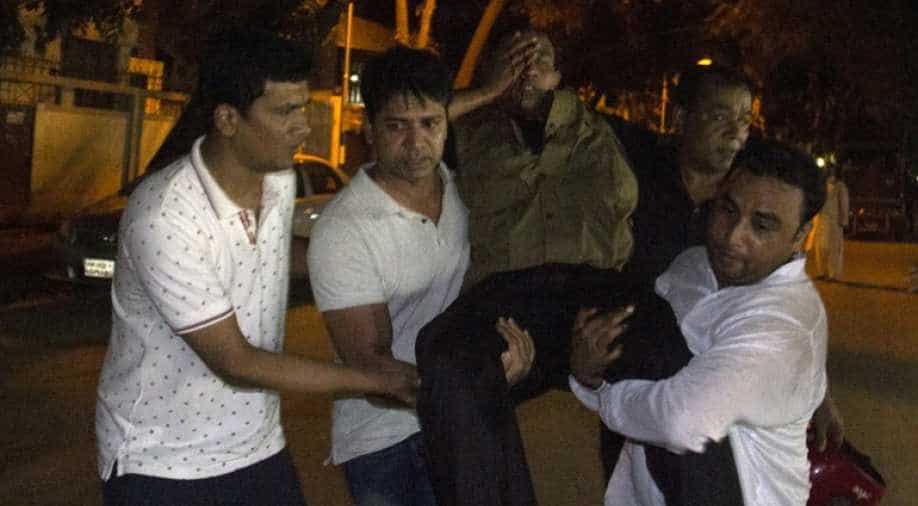 Although there was no exact breakdown of the casualties, the army said most of the slain civilians were either Italian or Japanese. In photo: People carry an injured man to safety near the Holey Artisan Bakery. Photograph:( AFP )

Follow Us
The attack on a cafe in the Bangladeshi capital left 26 people dead including six armed attackers, the Bangladesh army said on Saturday, most killed with sharp weapons.

The army concluded an operation to clear the cafe on Saturday after a 12-hour siege that began when gunmen stormed the restaurant, which was popular with foreigners, on Friday night.