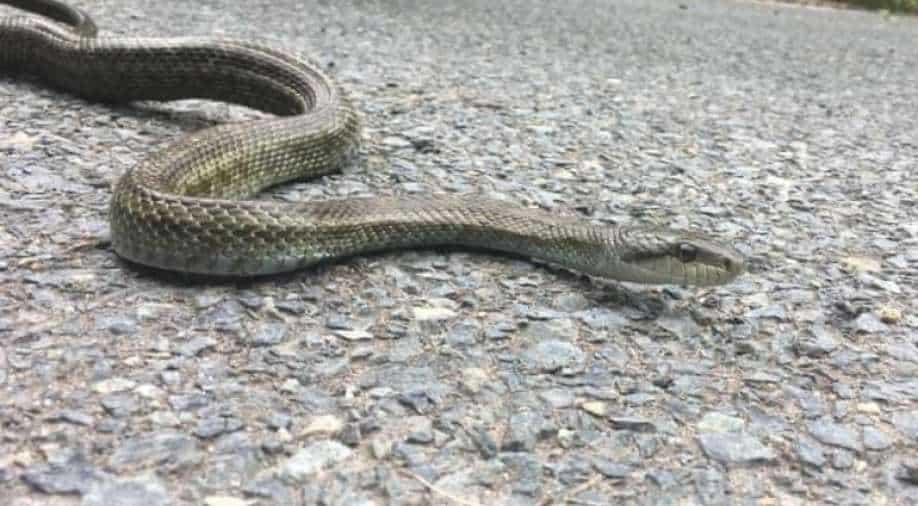 Japanese researchers are taking the help of snakes to monitor the radiation levels around the Fukushima Dai-ichi nuclear plant.

The snakes are fitted with tracking devices and dosimeter to understand the long-term radiation exposure in the nuclear plant that suffered triple meltdowns in March 2011.

They were caused by the tsunami in Japan that had forced 150,000 people to flee as it had released more radiation than any other nuclear disaster except Chernobyl.

The study has been published in the Ichthyology and Herpetology journal. It is the first research done on snakes as before it was carried out on mammals.

Hannah Gerke, one of the lead researchers has said that ''Snakes are important in many ecosystems as they can be both predators and prey.''

Her team has been able to monitor the radiation levels that ranges from 134 to 137 radiocesium. It depends on the movement and location of the rat snakes that were captured for this experiment.

However, Gerke said that the snakes inside the plant's exclusion zone showed levels of radiocesium that are higher than 22 times in comparison to those who are outside.

People living in Japan have been recommended not to live in this zone as it can have harmful effects on them.

The snakes have proved useful biomarkers as they can travel to distances as close as 24 kilometres from the nuclear plant.