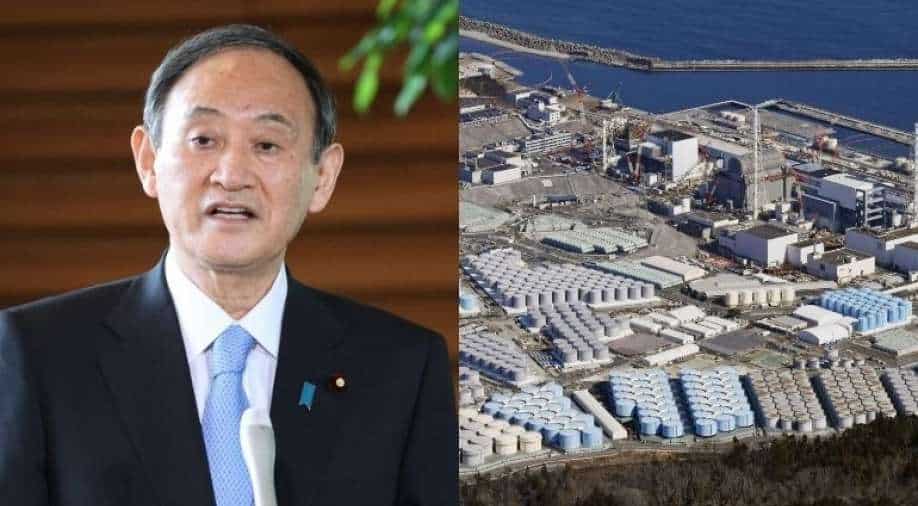 The move, more than a decade after the nuclear disaster, will deal another blow to the fishing industry in Fukushima, which has opposed such a step for years

Japan's government on Tuesday approved a plan to release more than one million tonnes of treated water from the stricken Fukushima nuclear plant into the ocean, in a controversial decision that follows years of debate.

The move, more than a decade after the nuclear disaster, will deal another blow to the fishing industry in Fukushima, which has opposed such a step for years.

The work to release the water will begin in about two years, the government said, and the whole process is expected to take decades.

"On the premise of strict compliance with regulatory standards that have been established, we select oceanic release," the government said in a statement after relevant ministers formalised the decision.

Japan's government argues that the release will be safe because the water is processed to remove almost all radioactive elements and will be diluted.

It has support from the International Atomic Energy Agency (IAEA), which says the release is similar to processes for disposing of wastewater from nuclear plants elsewhere in the world.

Japan's Prime Minister Yoshihide Suga told a ministerial meeting that disposing of the water was an "inevitable task" in the decades-long process of decommissioning the nuclear plant.

He said the release would happen only "after ensuring the safety levels of the water" and alongside measures to "prevent reputational damage".

Around 1.25 million tonnes of water has accumulated in tanks at the nuclear plant, which was crippled after going into meltdown following a tsunami in 2011.

It includes water used to cool the plant, as well as rain and groundwater that seeps in daily.

But local fishing communities fear releasing the water will undermine years of work to restore confidence in seafood from the region.

"They told us that they wouldn't release the water into the sea without the support of fishermen," Kanji Tachiya, who heads a local fisheries cooperative in Fukushima, told NHK ahead of the announcement.

"We can't back this move to break that promise and release the water into the sea unilaterally."

The decision comes about three months ahead of the postponed Olympic Games to be hosted by Tokyo, with some events planned as close as 60 km (35 miles) from the wrecked plant.

The decision also prompted regional opposition even before it was official, with South Korea's foreign minister on Monday expressing "serious regret".

"To safeguard international public interests and Chinese people's health and safety, China has expressed grave concern to the Japanese side through the diplomatic channel," Zhao said Monday.

The disposal of contaminated water from the Fukushima Daiichi plant, run by Tokyo Electric Power, has proved a thorny problem for Japan as it pursues a decades-long decommissioning project.

Around 140 cubic metres (5,000 cubic feet) of radioactive water was generated by the site every day in 2020 and storage space will run out by summer 2022.

Debate over how to handle the water has dragged on for years, with the government saying it wanted to win support from local communities and secure backing from the IAEA.

A government panel earlier endorsed either diluting the treated water and releasing it into the ocean or releasing it as vapour, and the IAEA says either option is acceptable.

"Releasing into the ocean is done elsewhere. It's not something new. There is no scandal here," IAEA Director General Rafael Mariano Grossi said last year.

Either method would be "in line with well-established practices all around the world", he added.

Anti-nuclear activist group Greenpeace slammed Japan's government for having "once again failed the people of Fukushima".

"The cabinet's decision failed to protect the environment and neglected the large-scale opposition and concerns of the local Fukushima residents, as well as the neighbouring citizens around Japan," said climate and energy campaigner Kazue Suzuki in a statement.

The ALPS filtration process removes most radioactive elements from the water, but some remain, including tritium.

Experts say the element is only harmful to humans in large doses and with dilution the treated water poses no scientifically detectable risk.