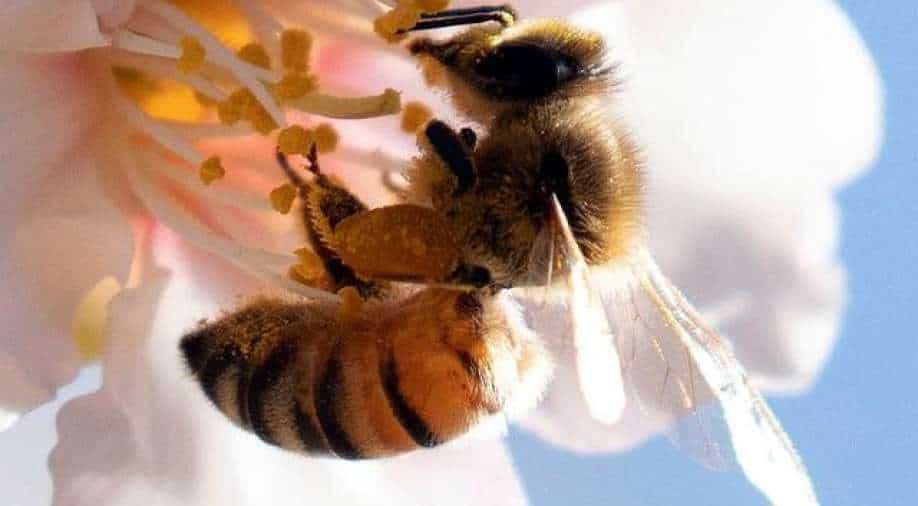 Scientists have revealed bees do the unthinkable to repel attacks by giant killer hornets.

Asian honey bees employ a very interesting method to ward off danger -- paste pellets of animal poop on to their nests.

Scientists have revealed bees do the unthinkable to repel attacks by giant killer hornets.

The hornet attacks, technically speaking, are worth the effort as they can involve dozens of the heavily armoured hornets and lead to “mass slaughter” of thousands of bees.

Other ways that the bees have developed to repel these attacks are hissing at them or mobbing the hornets to suffocate them.

The research has been published in the journal Plos One.

The team found that the bees also collected faeces from livestock.

The team surveyed 72 beekeepers in late August, when attacks by murder hornets are frequent. Of those beekeepers, five kept colonies of only Western honeybees -- and those keepers did not see the mounds of poop on their hives, the study says.

Researchers found that colonies with heavy to moderate spotting of poop had a reduced likelihood of being attacked, researchers said.

Western honeybees, the ones found in North America, aren't as prepared for murder hornet attacks as their counterparts in the east.