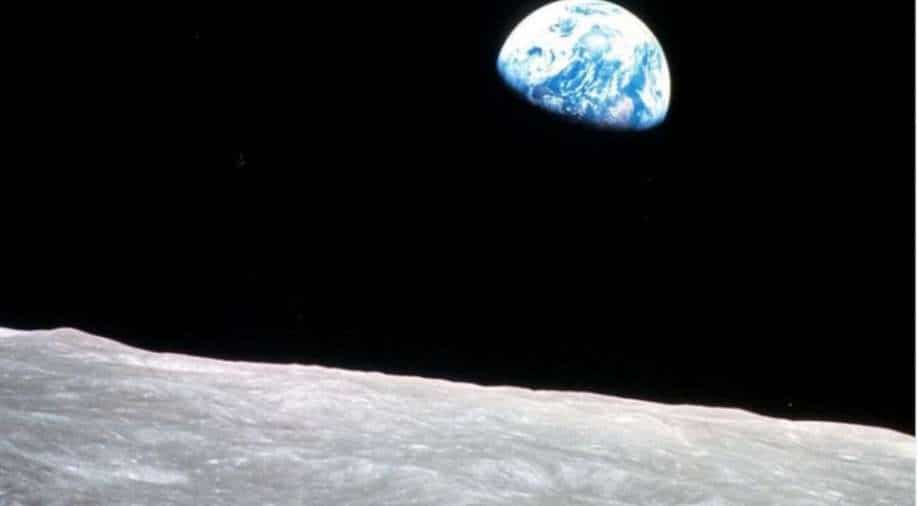 The 'Earthrise' image was snapped by astronaut Bill Anders, who had once told that despite all the training for an exploration of the moon, the astronauts ended up discovering Earth

NASA has shared an iconic image of 'Earthrise' that was snapped on December 24 in 1968, when Apollo 8 astronauts Frank Borman, Jim Lovell and Bill Anders became the first humans to witness the beautiful scenes of Earth rising above the Moon's barren surface.

Apollo 8 was the first mission when a manned spacecraft left Earth orbit and also reached another astronomical object. The crew orbited the Moon without landing and then returned home safely.

In a latest Instagram post, NASA re-shared one of the most iconic images of the planet Earth, celebrating fifty-three years of the event.

On that particular evening, the astronauts held a live broadcast from lunar orbit. They showed pictures of the Earth and Moon as seen from their spacecraft.

The 'Earthrise' image was snapped by Anders, who had once told that despite all the training and preparation for an exploration of the moon, the astronauts ended up discovering Earth.

The mission began on December 21 and after circling the moon 10 times on Christmas Eve, it was time to come home.

On Christmas morning, mission control waited for word that Apollo 8's engine initiated. They soon got confirmation when Lovell said, "Roger, please be informed there is a Santa Claus."