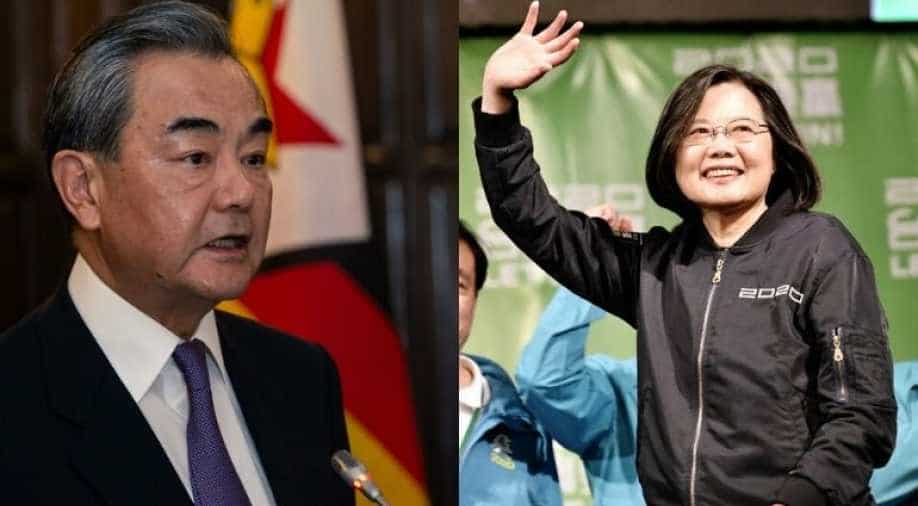 Tsai emphasised that Taiwan is not willing to accept the “one country, two systems” relationship with China – a reference to the system currently in place in Hong Kong.

The re-election of Taiwan’s President Tsai Ing-wen is a remarkable moment for global progressive politics in the face of continued populism, fake news and voter manipulation. Tsai, of the Democratic Progressive Party (DPP), won the January 11 poll with just over 8 million votes – 57.1 per cent of the total – the highest total number of votes in Taiwan’s democratic history. Following a bitter electoral campaign marred by sexism, misinformation and cyberbullying, it was a resounding victory.

With Tsai representing those who want to distance Taiwan from China, much of the analysis of the result has been on the “China factor” and the rebuke to Beijing that her victory represents. But as my own research on Taiwanese history and society stresses, it’s an injustice to Taiwan to always focus on a top-down, China-centric perspective.

The DPP is a centre-left party, which introduced same-sex marriage in Taiwan in 2019, and is a long-term member of Liberal International, a worldwide federation of progressive democratic parties. Tsai’s victory, against a new form of populism pushed by Han, is a significant one for the island and emphasises how much Taiwanese people cherish their free and democratic way of life.

Tsai’s success was due in part to a refusal by many Taiwanese to vote for Han as president. Most voters have two ballots, one for their local district candidate and the other for a party list. Of the 113 seats in parliament, 73 represent local constituencies and 34 are allocated from the party-list vote. A further six seats are reserved for Taiwan’s indigenous population – elected via an extra single transferable vote for people with indigenous status.

For the 2020 party-list vote, the DPP took 33.9 per cent, while the KMT took 33.3 per cent, with a number of smaller other parties picking up the other third. Since Tsai’s personal vote was so much more decisive, it suggests that many who voted for her in the presidential election voted for other parties in the party list vote.

A closer look at the new political map of Taiwan for both the presidential and parliamentary votes reveals there is still a clear blue wall – a reference to the blue colour of the China-leaning parties – extending across the centre and down the east coast.

Taiwan’s indigenous peoples make up 2.38 per cent of the island’s population. Their ancestry predates the majority settler Han Chinese communities that began arriving from the 17th century.

The KMT has long relied on the indigenous vote, due to a combination of identity politics and entrenched community service centres in indigenous areas. The foundation of these are the fuwuzhan, a type of centre established to provide essentials such as oil and rice to indigenous communities, established by the KMT under martial law when Taiwan was ruled by an authoritarian one-party system between 1949 and 1987.

Since 2008, when the DPP lost the presidential election, the party began to establish its own fuwuzhan, but the 64 it has are dwarfed by the 383 KMT-led ones, according to official figures.

In the 2020 election, the KMT won three of the six indigenous seats, the DPP two – gaining one seat – and one went to an independent candidate. Not only is indigenous culture essential in Taiwan’s shift away from its sino-centric history, the reserved seat system for indigenous people can also play a pivotal role in the overall result, due to the lower voter threshold. The fact that the DPP won an extra seat demonstrated a potential shift away from the traditional “iron vote” of indigenous people for the KMT.

Future for the KMT and DPP

Questions surrounding the future of the KMT will undoubtedly be raised by their second successive election defeat on a ticket campaigning for closer relations to China. That said, 5 million voters still supported Han and his populist pro-China stance – a significant bloc of voters which both the KMT and DPP must pay attention to.

After losing the 2016 and now the 2020 elections, the KMT appear rudderless. To win back power, they will need a charismatic character like Ma Ying-jeou, their former president. Although Ma had an appalling approval rating towards the end of his tenure, he won 58.5 per cent of the vote in 2008 and 51.6 per cent in 2012.

A potential future leader for the KMT might be Chiang Wan-an, great-grandson of former Chinese President Chiang Kai-shek, who was re-elected for Taipei City District 3. As presidential candidate, Han had moved the KMT both towards the right of the political spectrum, and further towards China. But Chiang’s credentials could see the KMT shift back to the more pragmatic engagement with China that it had in the past as a way to win back electoral support.

In her 2020 new year speech, Tsai emphasised that Taiwan is not willing to accept the “one country, two systems” relationship with China – a reference to the system currently in place in Hong Kong. The election result proves her point. As the global gaze falls upon Taiwan, it’s up to Tsai and her government to keep repeating this message.