Opinion: How different is Israel-Hamas ceasefire this time? 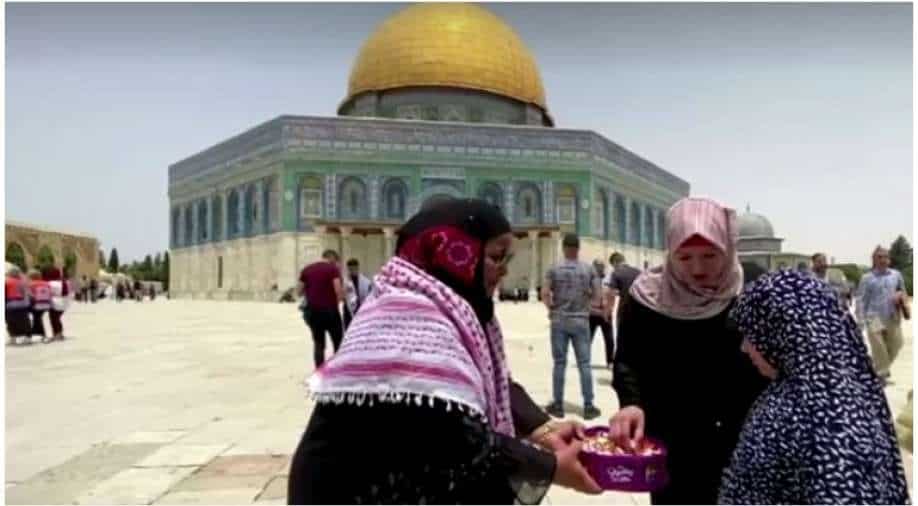 Women near al-Aqsa mosque celebrating the ceasefire on May 21, 2021 Photograph:(Reuters)
Follow Us

The ceasefire has taken effect. But will it last?

The ceasefire between Israel and Hamas after 11 days of deadly hostilities is a welcome step for the innocent people suffering casualties in the crossfire, provided all sides observe this ceasefire judiciously. The Israel- Palestine struggle is one of the oldest struggles in the world with Israeli occupation of West Bank and Gaza Strip 53 years back, interspersed with wars and conflicts at varying scale intermittently, with no signs of a permanent peaceful solution so far.

This truce after the latest round of fighting, like previous wars, has ended inconclusively, with Israel claiming heavy damage to Hamas, but unable to stop their rockets (killing 12 Israelis and over 200 injured). Hamas also claims victory, despite heavy casualties (230 Palestinians killed, over 1900 injured), facing challenges of rebuilding Gaza, poor confidence with troubled population (58000 Palestinians fled their homes) already suffering poverty due to coronavirus pandemic.

Gaza is controlled by Hamas (post-Israeli disengagement in 2005), which also operates militant wing and West Bank with 167 enclaves of Palestinians are governed by Fatah (claiming to represent erstwhile Palestinians Liberation Organisation) amidst 230 Israeli settlements governed by Israel.

Also Read: Israel-Palestine: Where is the conflict heading?

Both factions (Hamas and Fatah) have different ideologies and differences, but form a Palestinian Unity Government under President Mahmoud Abbas since 2014, negotiating peace through Quartet (US, Russia, EU and UN). The competing claims to Jerusalem, which is crucial to Christians, Jews and Palestinians is the heart of the Israeli-Palestinian conflict and have repeatedly triggered incidences of violence in the past, like the present one.

The renewed violence started on 6 May, when Palestinian protests began over an anticipated decision of the Supreme Court of Israel (Yet to be announced), on the eviction of six Palestinian families from Sheikh Jarrah, a neighborhood of occupied East Jerusalem, resulting increasing skirmishes between Israelis and Palestinians in the Old City of Jerusalem.

On May 8, Palestinian Muslims streamed to the Haram al-Sharif for Ramadan prayers, in large numbers to mark the revelation of the Qur’an to the Prophet Muhammad, considered not only the most sacred night of Ramazan, but of the whole Islamic calendar. Simultaneously, some Israeli Jews were gathering ahead of Jerusalem Day (May 10) marking Jewish control over the Old City of Jerusalem secured during the 1967 war.

The focal point of those celebrations is the Western Wall of the Temple Mount (the holiest site in Judaism), the same elevated platform that Muslims call the Haram al-Sharif.

Israeli police stormed the compound of the al-Aqsa Mosque, the third-holiest site in Islam and the confrontations occurred resulting more than 300 people injured, mostly Palestinians. Closure of Damascus gate was another irritant. This resulted a barrage of rockets fired by Hamas on Israel, responded by repeated air attacks by Israel on Gaza, along with other arsenal, causing heavy destruction and casualties, which continued for last 11 days.

This confrontation has happened at a time when there is political crises in Israel and the Palestinian Authority (PA). Prime Minister Benjamin Netanyahu of Israel recently failed to put together a ruling coalition even after the fourth round of elections in just two years; hence lacks a popular mandate.

With leaders on both sides lacking legitimacy any peace talks regarding such complex situation may have little chances of success, with a risk of reckless action by either. Moreover, the Arab population in Israel was also on streets and incidences of lynching may have potential to ignite if pending Supreme Court decision is one-sided. The Hezbollah also came out in support of Hamas further adding complexity to the problem. The truce therefore is quite fragile.

During UNSC resolutions USA found itself isolated in backing Israel. It was therefore in tight spot to broker peace amidst growing pressure against Israel seen to be using excessive force.

It also needs to be noted that after erstwhile US President Trump recognised Jerusalem as capital of Israel, he shifted US embassy there and offered an unviable peace solution, which was rejected by PA, but  Prime Minister Netanyahu seems to have assumed that entire Jerusalem belongs to Israel and others need to slowly vacate it.

This is disastrous because from historic and religious point of view Jerusalem is non-negotiable to  Christians, Jews and Palestinians, who coexist there since ages.

International community although recognises Israel’s right to defend itself, but not at the cost of pulverising civil areas of Gaza, causing heavy civil casualties, even if it accuses Hamas of basing itself amidst population (a tactic adopted by most terrorist groups in the world).

As per UN, the truce seemed to be brokered by Egypt and Qatar (normally accused of supporting Shia-based Hamas, along with Iran). What is grossly different this time was over-reaction by Erdogan, trying to pose himself as new leader of Islamic world and Pakistan with loud voices against Israel.

This confrontation happened when Israel was improving relations with some countries of Arab world, which may suffer a temporary setback due to their objection to Israeli actions on the Haram al-Sharif. Most Arab states otherwise are hostile to Hamas, and differentiate well between the Palestinian people and the Hamas fighters.

Fed up of insecurities, In 2007, according to a number of polls, the majority of Israelis and Palestinians, prefer the two-state solution over any other solution, as a means of resolving the conflict, which was initiated in Oslo Accords in 1993-95. With complexities of entanglement of 167 Palestinian enclaves embedded in 203 Israeli settlements and related governance issues, it's not really practical that it may be possible for Israel to agree to vacate West Bank.

I don’t visualise any Israeli leadership ever agreeing to such a proposal. Same is the case with Jerusalem. Any attempt to push out any one religious community from its religious site is bound to have serious backlash. Peaceful coexistence may not be preferred option but seems to be the only practical option.

There is also a possibility of outside peace spoilers like Erdogan igniting religious disharmony, which must be curbed by both the parties and Quartet.

There have been some voices from Palestinians expecting Indian mediation as India has good relations with Israel as well as Palestine, but the issue is so complex and sensitive that current Indian policy of maintaining independent relations with both with no interference in internal affairs of either, may be the best policy for India.

Considering all the factors, the current truce is a welcome step, but its longevity is questionable in light of political uncertainties both sides and mistrust between communities.