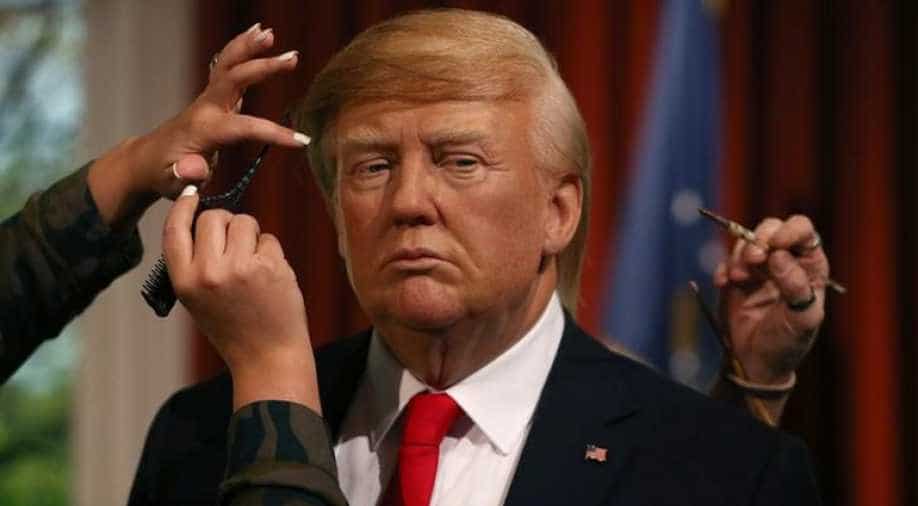 Dressed in a navy suit, white shirt and red tie, with a United States flag lapel pinned to his suit jacket, Trump's wax figure stands with his hands to his waist and a sombre look on his face. Photograph:( Reuters )

Outgoing US President Barack Obama was replaced with President-elect Donald Trump's wax figure at Madame Tussauds's version of the Oval Office on Wednesday.

Dressed in a navy suit, white shirt and red tie, Trump's wax figure is standing with his hands to his waist and a sombre look on his face.

Madame Tussaud's London museum manager Edward Fuller."Since Mr Trump was announced as the victorious candidate in what was a nail-biting and hard-fought campaign for both parties, our studio team have been frantically busy matching his infamous glowing tan and trademark hairstyle in time for the start of his presidential reign."

Trump's wax figure will be open to the public on Friday and will stay in the museum until the end of his presidency.

The museum hosts waxworks of other politicians including Russian leader Vladimir Putin.