Cornell did not want to kill self, says wife 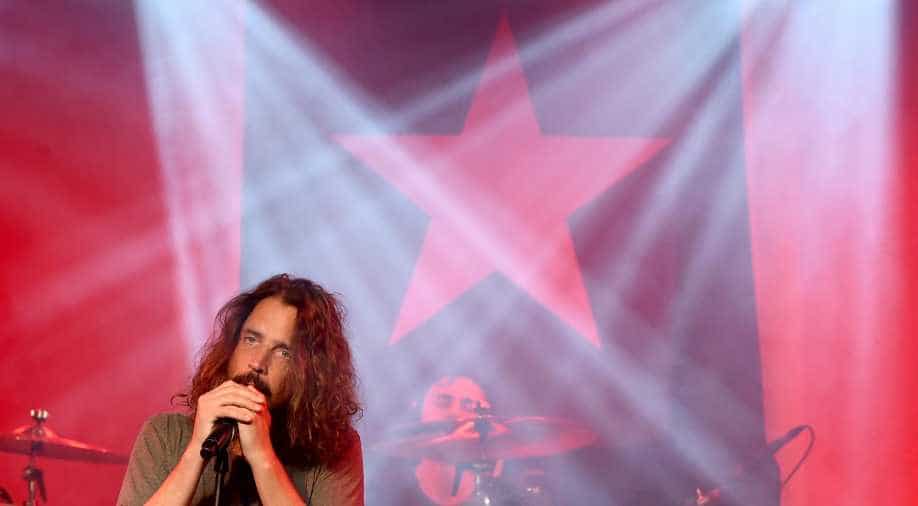 The widow of grunge rock icon Chris Cornell on Friday insisted he did not intentionally kill himself, saying the recovering addict's judgment may have been impaired by prescription drugs.

Cornell, one of the most recognizable voices of Seattle's grunge scene, was found hanging in his hotel room in Detroit shortly after he finished a show Wednesday with his main band Soundgarden, authorities said.

Wayne County's medical examiner ruled the death a suicide. But his widow, Vicky Karayiannis Cornell, said the 52-year-old gave no indication he wanted to die.

She said that Cornell, who struggled with depression and substance abuse most of his life but had sobered up a decade ago, had been taking Ativan, a prescription drug used to treat anxiety.

"Chris's death is a loss that escapes words and has created an emptiness in my heart that will never be filled," she said in a statement.

"What happened is inexplicable and I am hopeful that further medical reports will provide additional details. I know that he loved our children and he would not hurt them by intentionally taking his own life," she said.

Cornell's second wife, with whom he has two children, said that the rocker had flown back from his tour for Mother's Day on Sunday and had returned only hours before the show so he could maximize family time.

"When we spoke before the show, we discussed plans for a vacation over Memorial Day and other things we wanted to do," she said, referring to the public holiday 10 days ahead.

"When we spoke after the show, I noticed he was slurring his words; he was different. When he told me he may have taken an extra Ativan or two, I contacted security and asked that they check on him," she said.

Cornell, who has another child with a previous wife, had Sunday posted on Twitter pictures of flowers for Mother's Day and hailed Karayiannis, a music publicist he had met in Paris, as "an angel and a lioness."

A lawyer for the family, Kirk Pasich, said that Ativan can lead to paranoia and suicidal thoughts.

"The family believes that if Chris took his life, he did not know what he was doing, and that drugs or other substances may have affected his actions," he said.

Cornell, who had a vocal range of nearly four octaves, was one of the most versatile singers in grunge, the subgenre that blended the rough edges of punk with dark introspection.