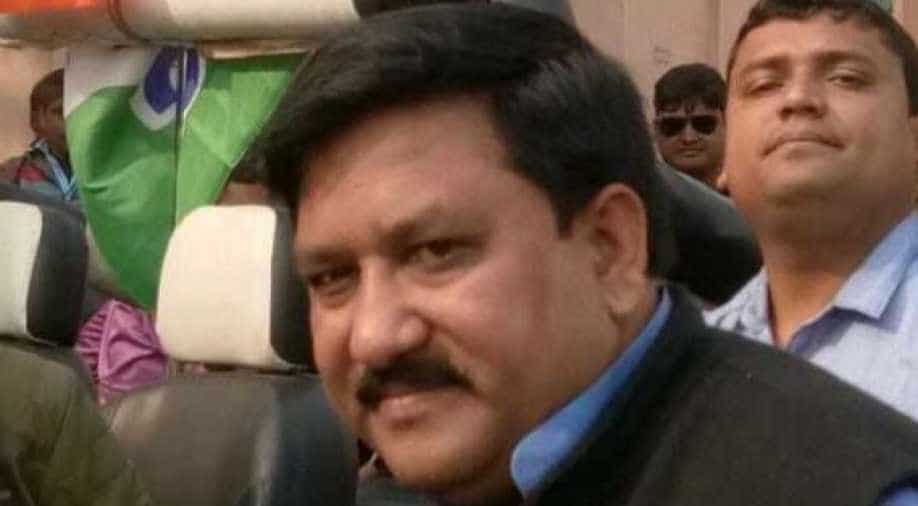 Biswas was attending a Saraswati Puja celebration at Majdia-Fulbari area around 8 pm on Saturday when some miscreants opened fire at him.

Biswas was attending a Saraswati Puja celebration at Majdia-Fulbari area around 8 pm when some miscreants opened fire at him.

He was immediately rushed to the Krishnagar district hospital where he was declared dead. Doctors said that he succumbed to bullet injuries.

Meanwhile, his body has been sent for post mortem examination.

The incident took place after Biswas got down the stage after inaugurating the Saraswati puja event and was walking towards his car. Suddenly, several miscreants appeared and fired at him.

Trinamool Congress general secretary and state education minister Partha Chatterjee said, “We are not going to spare those who killed him. Those responsible for his death will be brought to book. BJP is responsible for this death. There are some ‘gaddars’ who have killed him.”

Chatterjee added that he has asked senior leaders of the party to reach the hospital immediately, adding that he may also leave for Nadia on Sunday.

“Mukul Roy had been trying very hard to break TMC’s organisation in the district. This is a political murder and we are sure that this is the handiwork of the BJP,” said Dutta.

Mukul Roy couldn’t be reached over the phone for a comment.

On the other hand, BJP state president Dilip Ghosh termed the murder as a result of TMC factional feud and ruled out the allegations of BJP’s involvement.

“This is a politics of murder that has engulfed the state. In the last couple of months, each time a TMC leader or a supporter is killed, they blame our party. I want the truth to be revealed through the investigation and the guilty be punished,” said Ghosh.

Meanwhile, a huge contingent of police force has been rushed to the spot and a pistol has been recovered from the site.