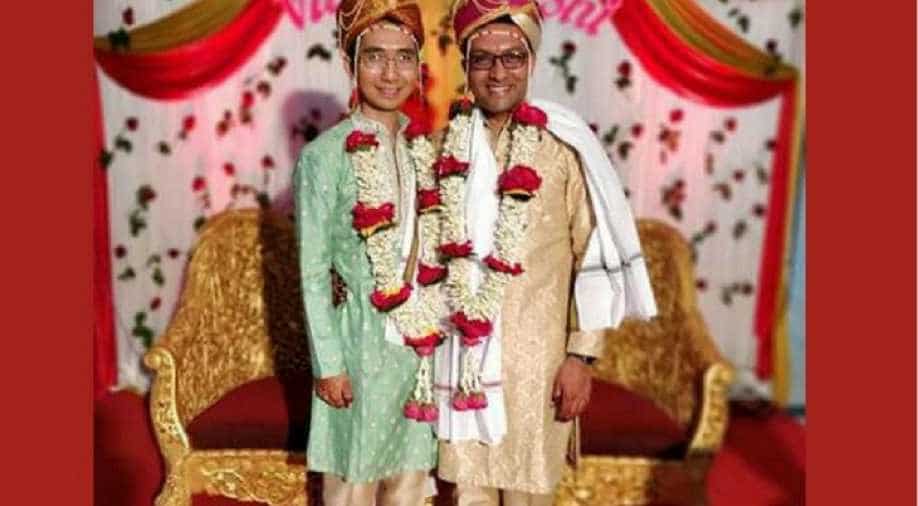 The two got married only a few days before the Supreme Court agreed to review criminalisation of homosexuality. Photograph:( ANI )

A US-based Indian engineer married his gay lover on December 30 in a traditional ceremony at Yavatmal, Maharashtra.

The two got married only a few days before the Supreme Court agreed to review criminalisation of homosexuality.

Yavatmal native Hrishi Mohankumar Sathawane (40) married Vinh, reportedly from Vietnam, at a hotel just a few steps away from the office of the superintendent of police.

Hrishi, who holds a BTech from IIT-Bombay, currently lives in California and has a US green card.

According to Hrishi's social media page, he got engaged to Vinh in mid-2017 and married later in October.

Although his parents were initially against his homosexual affiliation, he successfully convinced them and took their blessings before getting married.

The photo of the couple has made rounds on the internet.

Superintendent of Police, Yavatmal, Amarsingh Jadhav first said he did not want to comment, but later added he had ordered an investigation.