'Will have trade deal with India very soon', says US President Donald Trump 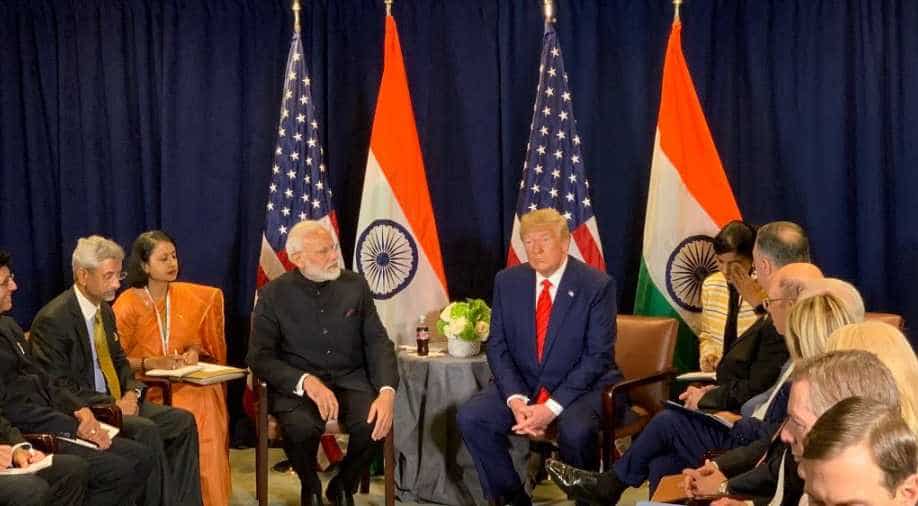 Indian Prime Minister Narendra Modi and US President Donald Trump sitting down for a bilateral on the sidelines of UN session in New York on Tuesday. Photograph:( Twitter )

US President Donald Trump on Tuesday said that India and US will have trade deal ''very soon''.

Speaking to reporters after bilateral talks with the Indian Prime Minister Narendra Modi on the sidelines of UN session in New York, Trump said ''We will have trade deal very soon''.

Describing Modi ''Elvis of India'', referring to famous American singer and actor, the US President praised Modi for giving a ''loud and clear'' message to Pakistan during ''Howdy, Modi!'' event .

"...The Prime Minister (PM Modi) will take care of it" Trump said when asked 'how do you see the statement coming from Pakistani PM admitting that the Pakistani ISI trained Al Qaeda?'.

Trump also said that Indian PM Modi and his Pakistan counterpart will get along when they get to know each other, ''I think a lot of good things will come from that meeting," he further said.

Modi thanked Trump for joining him in Houston for the ''Howdy, Modi!'' event and said ''He (Trump) is my friend but he is also a good friend of India".