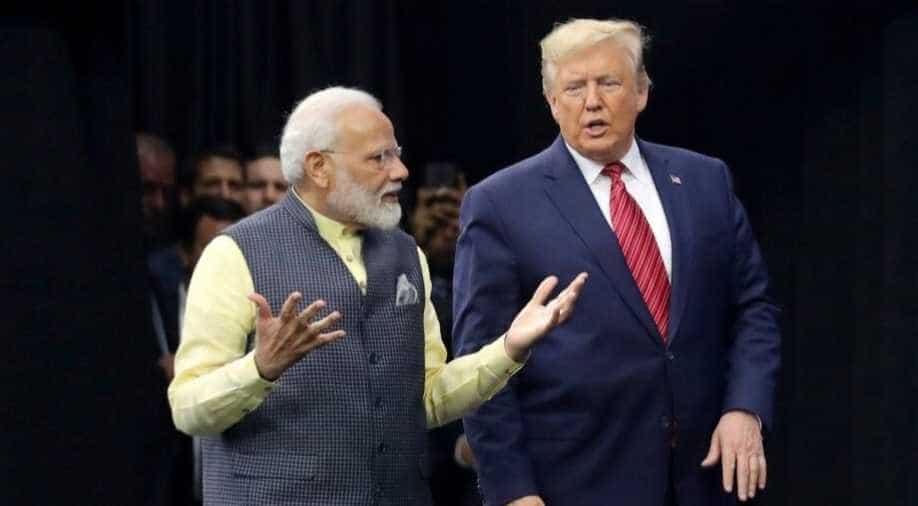 This is the third bilateral meeting between the two leaders this year.

After a stunning display of bonhomie in Houston, Indian Prime Minister Narendra Modi and US President Donald Trump will be meeting for the second time in two days as they sit down for a bilateral meeting on the sidelines of United Nations General Assembly (UNGA) on Tuesday evening.

This is the third bilateral meeting between the two leaders this year.

Today's meeting comes within 48 hours of the two sharing the stage in Houston at one of the largest Indian-American diaspora events.

Today's meeting is important as it's expected to set the tone for the India-US bilateral relationship. Discussions on bilateral, regional and global issues, including efforts to address certain trade disputes are on the cards.

The Trump-Modi joint appearance in Houston on Sunday made headlines in the American dailies with pictures of the two leaders on the front pages.

Using trump's slogan 'Make America Great Again', the Indian prime minister endorsed US president ahead of the 2020 presidential election in his own unique way.

Trump did not hold back either as he lauded Modi's ‘exceptional work for India.

Calling Modi America's most devoted and loyal friend, Trump said that the US was committed to fighting radical Islamic terrorism and emphasising on the importance of border security.