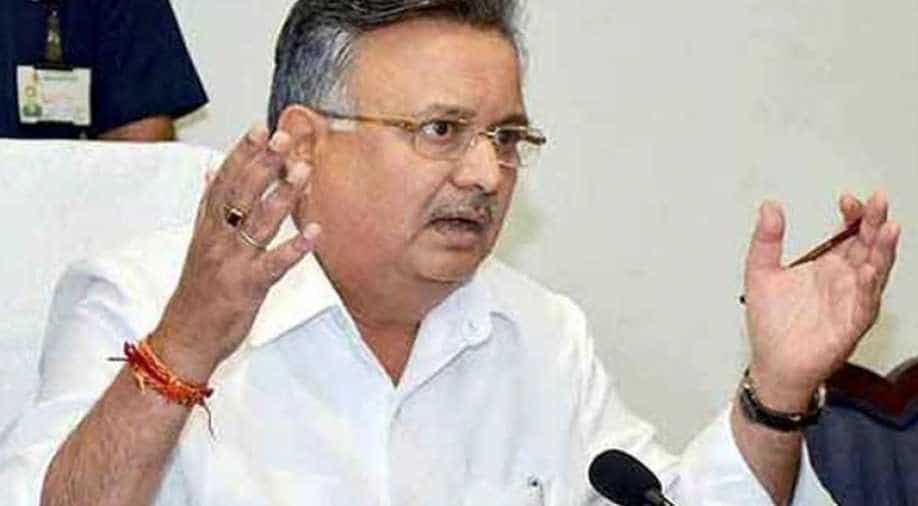 Chhattisgarh Chief Minister Raman Singh appealed to the people to support BJP and elect the party in Telangana.

Addressing an election rally in support of BJP's Khairatabad assembly constituency candidate Chintala Ramachandra Reddy here, he said he had interacted with people in some villages and towns and found they were not provided with two Bedroom Hall Kitchen houses as promised and there were no proper arrangements to purchase the crop of farmers.

"Over 4,500 farmers have committed suicide in the state and farmers are not getting Minimum Support Price for their crops. The poor haven't got two BHK houses and there is no development of the rural and urban areas," he alleged.

There was a need to undertake developmental works, Singh said.

"I can only say to Chief Minister (Rao), who just kept on making promises... Four years have passed since he made the promises and the state has been left backwards."

Singh said the election was an opportunity to 'teach a lesson to TRS' and take the message across to him that elections cannot be won on false promises, he said.

He appealed to the people to support BJP and elect the party in Telangana.

Raman Singh claimed that the BJP would again emerge victorious in Chhattisgarh for the fourth consecutive term, where Assembly elections were held recently.

He also attacked the Congress, saying that under the leadership of party chief Rahul Gandhi, the party has lost 18 of the 19 elections held in the country, "which was the result of his election campaigns."

Singh said he got an opportunity to take a backward state like Chhattisgarh on the developmental path and maintained that people who have seen the state in the last 15 years now say that it is now on par with developed states.

He said there is a need to defeat Congress and its allies in the coming elections and also the TRS, which has allied with 'communal forces'.

He urged people to elect Reddy with a double majority as against last time's vote margin, saying that he has been doing service-oriented works in the constituency.