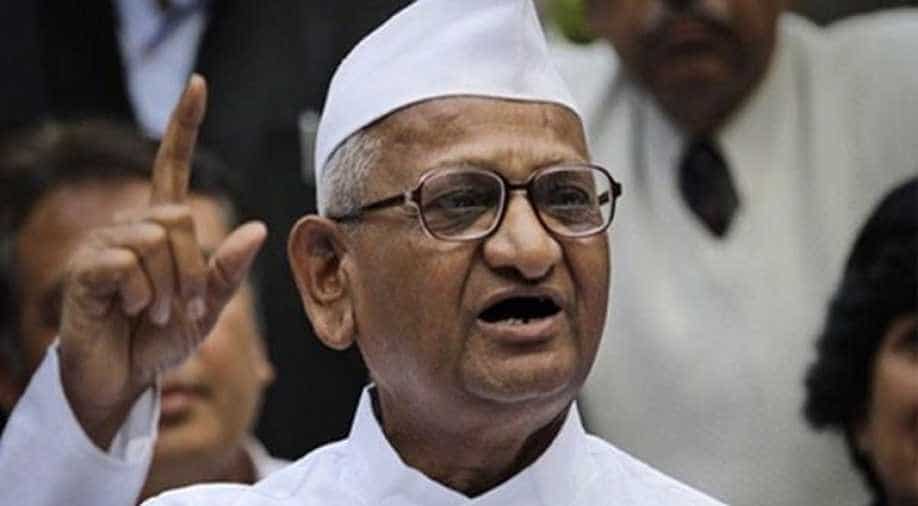 Score of Staff Selection Commission (SSC) aspirants have been protesting since three days against the alleged paper leak of the SSC exam. The protesters assembled near Lodhi Estate and shouted slogans.

Anti-corruption crusader Anna Hazare on Sunday met the candidates in Delhi. Hazare joined the protestors at around 8 o' clock in the morning.

Since Tuesday, students have taken to the streets of Delhi, protesting in thousands against what they term as "mass cheating". Police were deployed in large number at the protest venue.

Madhur Verma, Deputy Commissioner of Police, New Delhi, said: "They wanted to protest near Parliament Street. They have been stopped here. We are in talks with them and their meeting has been fixed."

Also, Delhi chief minister Arvind Kejriwal on Friday said that the Centre should initiate a CBI probe in the alleged SSC paper leak, stating that the issue is related to the fate of thousands of exam aspirants. A similar demand was also made by Swaraj India president Yogendra Yadav this week.

"Thousands of SSC exam aspirants have been demanding a CBI enquiry. This issue is related to the fate of thousands of exam aspirants. The Centre should accept their demand for CBI probe immediately," Kejriwal tweeted.

Hitting out at the Bharatiya Janata Party (BJP) government, the Congress on Saturday dubbed the SSC paper leak scandal as another Vyapam scam and demanded a thorough CBI probe into the matter.

Congress communications in-charge Randeep Surjewala said the government should immediately agree to all the demands of the agitating students and order a CBI probe into the paper leak.

Screenshots of the question paper of the exam along with answers were found circulating on social media.