A buffalo jockey from Karnataka, Srinivas Gowda who recently went viral on social media for his Kambala victory has officially rejected the government offer for him to participate in national trials.

Kambala is a local sport where participants sprint through paddy fields with buffaloes.

His performance drew comparisons with Usain Bolt, who currently holds the world 100 metre record of 9.58 seconds.

After garnering the attention of netizens, Gowda received official affirmation from the Sports Minister of India, Kiren Rijiju.

However, Gowda recently told BBC Hindi that he does not intend to participate in the national sprint trials.

"I have injured my leg and my focus is on Kambala. I am used to running with buffalo in the paddy fields," he told the BBC.

Kambala is a revered race in Karnataka, and was conducted earlier in February. However, the videos went viral only recently, triggering nationwide and global attention for the racer. 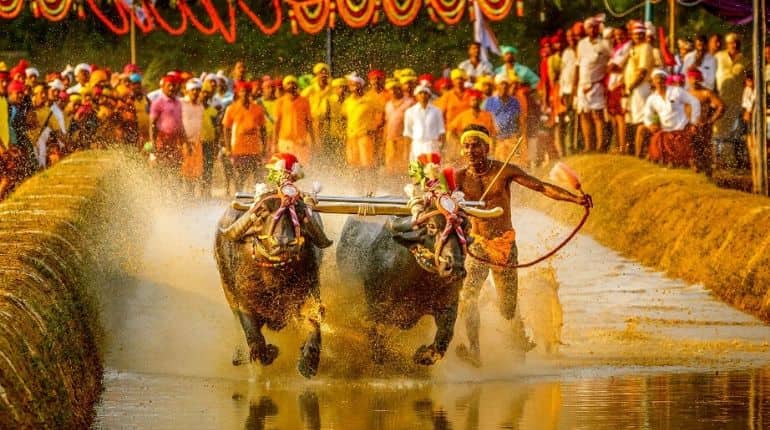 On Saturday, Rijiju tweeted and said that the authorities had arranged train tickets for the racer, so that he could participate in the trials at one of the centres of the Sports Authority of India (SAI).

The Kambala Academy oversees the event. In conversation with BBC, the founder-secretary of the academy, Gunapala Kambada said that Gowda would not attend the trials this time.

"The problem is that he has Kambala [races] on the next three Saturdays," Kambada said.

But Kambada suggested that he may go for trials later if the circumstances allow.

While referring to the comparisons that were drawn between Gowda and Bolt, Kambada cautioned against it and claimed that the Olympic teams have improved scientific methods to measure speed.

Many experts and responders on social media dubbed the comparison ''inaccurate'', for Gowda's speed was perhaps accelerated by the buffaloes that were draggin him.

Buffaloes can reach speeds of upto 56 kilometres per hour, which is definitely faster than Bolt.

Gowda works as a construction worker in Karnataka and has participated in Kambala for seven years.

He told the BBC that he became interested in Kambal after watching it during his school days.