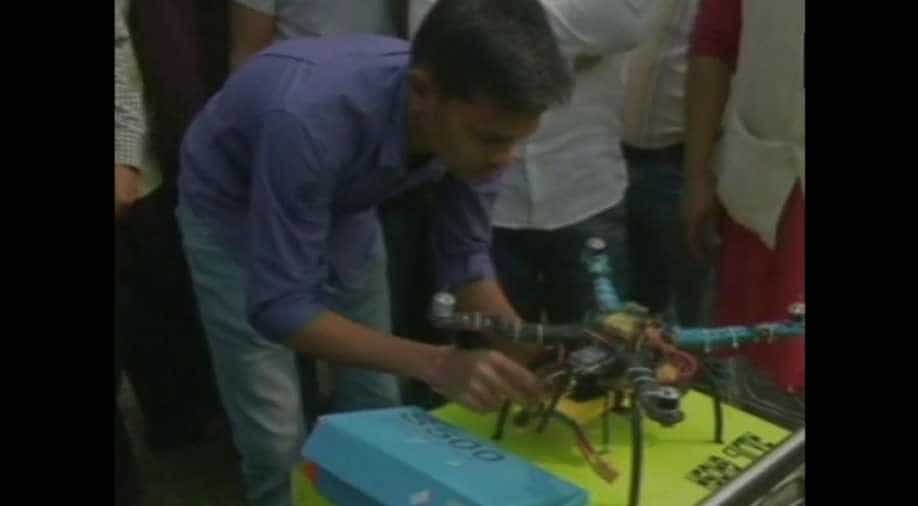 Rajiv has been working on the idea since January. Photograph:( ANI )

The Siliguri Municipal Corporation (SMC) has begun using a drone to fight dengue in the city.

The drone, made by Rajiv Ghosh, the 17-year-old son of a tea seller, has been pressed into action to take pictures of stagnant water on the terraces of the city's buildings.

"We are conducting a trial run for a month. We will see how fruitful it is. After this many states are asking me about the project over dengue plan," Ashoke Bhattacharjee, the mayor of Siliguri Municipal Corporation said,

Rajiv is a class XI Arts student but ironically has an interest in science. He is currently studying at Margaret High School, Pradhan Nagar, Siliguri.

He has been working on the idea since January.

"Last year, there was a major dengue problem in Siliguri. It is very difficult to inspect the presence of stagnant water or dengue larvae in high rise buildings," he said.

"Drone can help gather aerial footage to keep a check on areas that might be possible breeding spots," he added.

According to news reports, the drone can fly a thousand metres high but its flight will be restricted to 200 metres due to security reasons.

According to the Health Department report of 2017, some 1,287 were infected with dengue with four losing their lives.