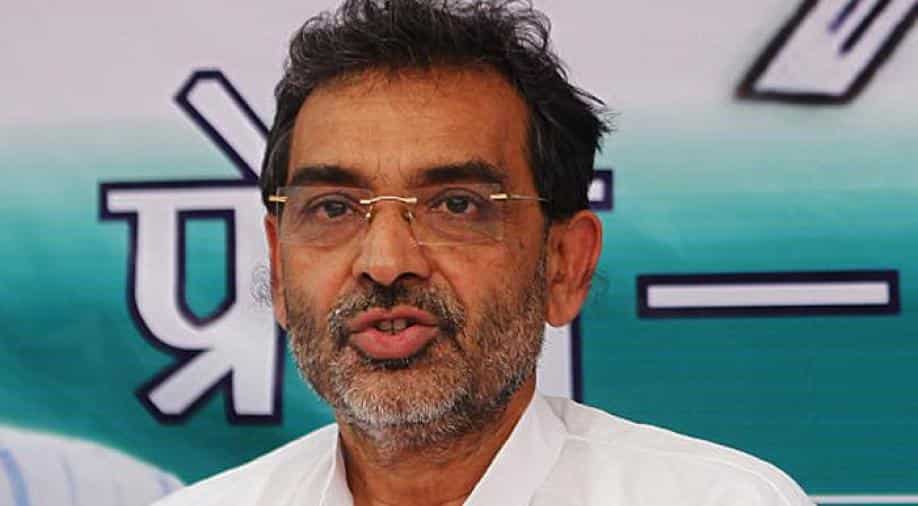 Union minister and Rashtriya Lok Samta Party chief Upendra Kushwaha has dismissed speculation he would exit the ruling NDA, asserting his party stands committed to the alliance and is working to ensure a second five-year term for Narendra Modi as prime minister.

Union minister and Rashtriya Lok Samta Party chief Upendra Kushwaha has dismissed speculation he would exit the ruling NDA, asserting his party stands committed to the alliance and is working to ensure a second five-year term for Narendra Modi as prime minister.

Kushwaha emphasized his party will take forward its "Halla Bol, Darwaza Khol" campaign with full determination to ensure representation of every section of society in higher judiciary.

In an interview to PTI-Bhasha, he said, "The NDA alliance is moving forward strongly, we are and we will remain committed to making it even stronger."

Asked about his remark that milk from Yadavs and rice from Kushwahas can help prepare delicious "kheer" (rice pudding), the minister of state for human resource development said, "The remark was taken out of context. The message was for society, this was not a political comment".

He said if every section of society contributes some ingredients to prepare kheer, it will help cement the social fabric and the country will together move ahead.

He said if a Yaduvanshi contributes milk, a Brahmin sends sugar, a person from the backward community gives dry fruits, Tulsi leaves come from the home of a Dalit person, the kheer prepared by this method and savoured on a dastarkhan of a Muslim brother will make the country stronger.

"And this is also the intent of Sabka Saath, Sabka Vikas," Kushwaha said, referring to Prime Minister Modi's slogan about collective effort for inclusive growth.
The Rashtriya Lok Samta Party chief said his previous kheer remark had no political context but people are free to speculate.

Asked about the indication by Tejaswi Yadav and other RJD leaders that he will join the Mahagathbandhan in Bihar, Kushwaha said, "They will be disappointed".

On seat-sharing arrangement with the BJP, he said talks are on and all discussions will happen on the right forum.

He said his party's objective is to ensure all-round development, education for all and protecting the interests of the Scheduled Castes, the Scheduled Tribes and Other Backward Classes.

For social justice, Kushwaha stressed, the biggest issue was ensuring representation of every section of society in higher judiciary which is difficult to achieve through the existing collegium system.

The collegium system of appointing judges is undemocratic and his party has launched the "Halla Bol, Darwaza Khol" campaign to open the doors of higher judiciary to common people, he said.

In the coming days, he said, his party will take the campaign forward strongly.

The Union minister from Bihar also raised questions on the law and order situation in the state and said he was not the only one worried, but Chief Minister Nitish Kumar too has expressed concern on the matter during a meeting with senior police officers.

The situation is not satisfactory and this cannot be denied, Kushwaha said.