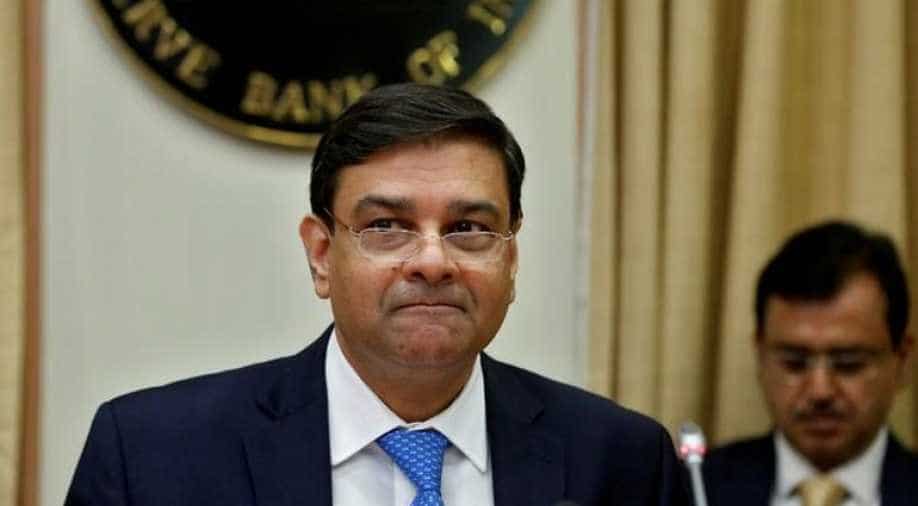 Reserve Bank of India Governor Urjit Patel may consider resigning from his post given a breakdown in relations with the government, TV channels reported on Wednesday, sparking a sell-off in the rupee and bonds.

The RBI and the finance ministry declined to comment.

The government has invoked never-before-used powers under the RBI Act that allow it to issue directions to the central bank governor on matters of public interest, the Economic Times newspaper reported.

It said the government had sent letters to the RBI governor in recent weeks exercising powers under Section 7 of the RBI Act on issues ranging from liquidity for non-bank finance companies, capital requirements for weak banks and lending to small- and medium-sized companies.

Section 7 says that 'the Central Government may from time to time give such directions to the Bank as it may, after consultation with the Governor of the Bank, consider necessary in the public interest', a statute that has not been used in independent India, according to the Economic Times.

"It is difficult to believe that the RBI governor will resign because it is unprecedented and would look quite irresponsible and (an) immature step," said a senior trader at a foreign bank. "But it is quite worrisome to see the government trying to continuously interfere into the RBI's operations."

Tensions between the RBI and the government have spilled into the public domain after Deputy Governor Viral Acharya said last week that undermining central bank independence could be "potentially catastrophic", indicating the authority is pushing back against government pressure to relax its policies and reduce its powers ahead of a general election due by May.

Adding to the row, Finance Minister Arun Jaitley blamed the central bank for failing to stop a lending spree during 2008-2014 that left banks with $150 billion of bad debt.

However, there was no sign of resignation by Patel at the meeting, officials said.

Patel and his deputy governors are expected to meet top finance ministry officials on Friday.