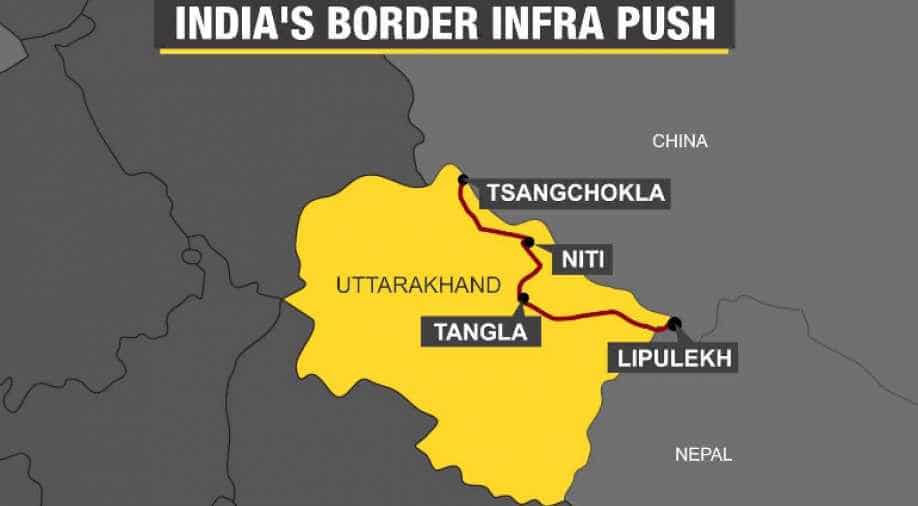 The Border Road Organisation is pushing for more funds to develop infrastructure along the India-China border. Photograph:( WION Web Team )

Post-Doklam India is set to boost its infrastructure along the India-China border with four passes in Uttarakhand to be connected by 2020, Indian officials have told WION.

The roads will connect Niti, Lipulekh, Thangla and Tsangchokla pass over the next three years, sources have told WION.

In a conference held by the Army, it was decided that "infrastructure and capability development" would be the key focus over the next few years.

Concerned about the delays in construction of the strategic road along the India-China border, India's defense ministry recently delegated more administrative and financial powers to the BRO for a speedy completion of the projects along the border with China.

Shakti Chaudhary, mayor of Gangtok had told WION earlier that roads are necessary so that the military can immediately access the border in times of crisis.

India's military has slowly over the months increased operational readiness along the Indian border with China after India and China agreed on "expeditious disengagement" at Doklam last month.