Pashmina wool caught up in border dispute between India and China 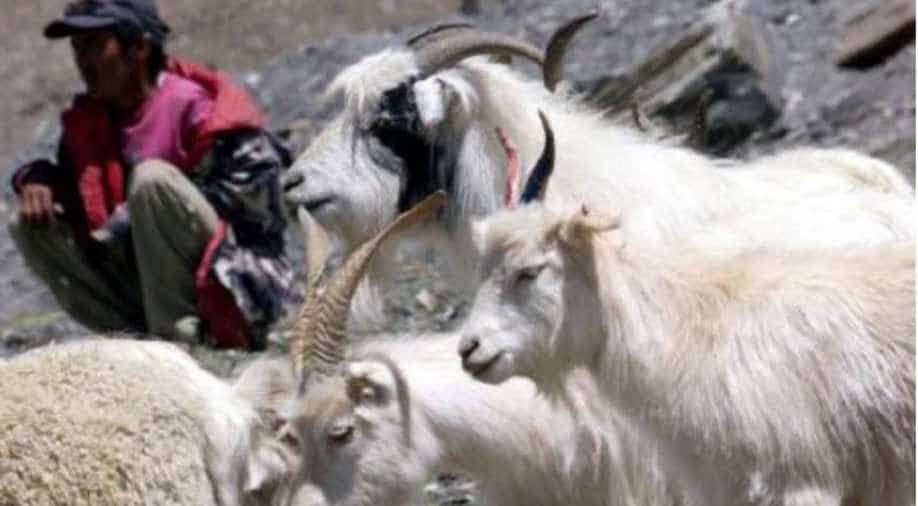 A nomad is seen sitting besides his Pashmina goats in the Ladakh region of Jammu and Kashmir. Photograph:( Reuters )

The goats have been pushed away from the grazing land because of the military tensions and the timing couldn't have been worse.

Highly prized and super-soft cashmere Pashmina wool is one of the world's finest fabrics but the pashmina industry is facing a serious threat due to ongoing border dispute between nuclear neighbours India and China.

The highly coveted wool comes from the fine undercoat of a breed of a Himalayan goat. Pashmina goats are reared in the high-altitude areas of Ladakh.

It is called the 'roof of the world' and has been at the centre of heightened tensions between India and China for weeks.

The goats have been pushed away from the grazing land because of the military tensions and the timing couldn't have been worse.

This happens to be the breeding season for the pashmina goats, around 85 per cent of the newborns died this year.

That's tens of thousands of goats this would impact the production of the pashmina wool. One of the key pillars of the handicrafts industry in the region. Pashmina shawls are sold the world over.

At an altitude of over 16,400 feet, more than 1,000 families of nomadic herders roam the vast Changthang plateau in Ladakh.

Grazing some 300,000 pashmina goats, these herders have already been struggling due to the impact of climate change. The winters are now harsher and the summers drier.

Some have even migrated to towns in Ladakh to look for other means of livelihood.

Those who stayed back, now find themselves caught in military tensions between India and China.