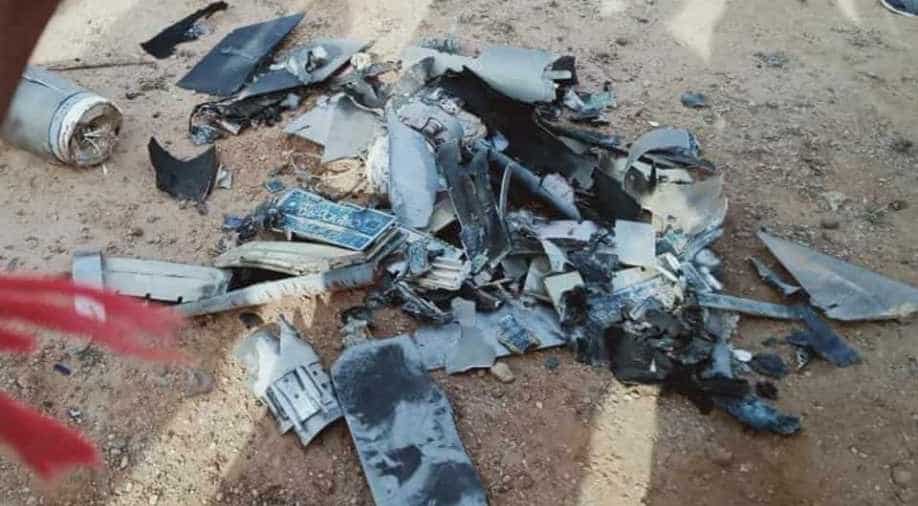 The drone was shot down in Ambasa village. Photograph:( ANI )

The shooting down of the drone comes on the day IAF struck a Jaish camp in Balakot deep across the LoC dropping 1,000-pound bombs in a thickly-forested hilltop

A Pakistani unmanned aerial vehicle (UAV) was on Tuesday shot down near the International Border in Kutch district of Gujarat, police sources said.

Debris of the UAV was seen near Nanghatad village in Abdasa taluka of Kutch, they said.

On hearing a loud sound around 6 am, villagers went to the spot and found the debris of the UAV, the sources said.

Asked if a Pakistani UAV had been shot down by the Indian armed forces, a police official, on condition of anonymity, said, "Such an incident has happened, we are investigating the matter."

The official, however, refused to elaborate further.

Earlier, government sources said that in a pre-dawn strike, combat jets of Indian Air Force bombed terror camps at multiple locations across the Line of Control on the Pakistani side, 12 days after Pakistan-based Jaish-e-Mohammed terror group carried out the dastardly Pulwama attack in Kashmir.