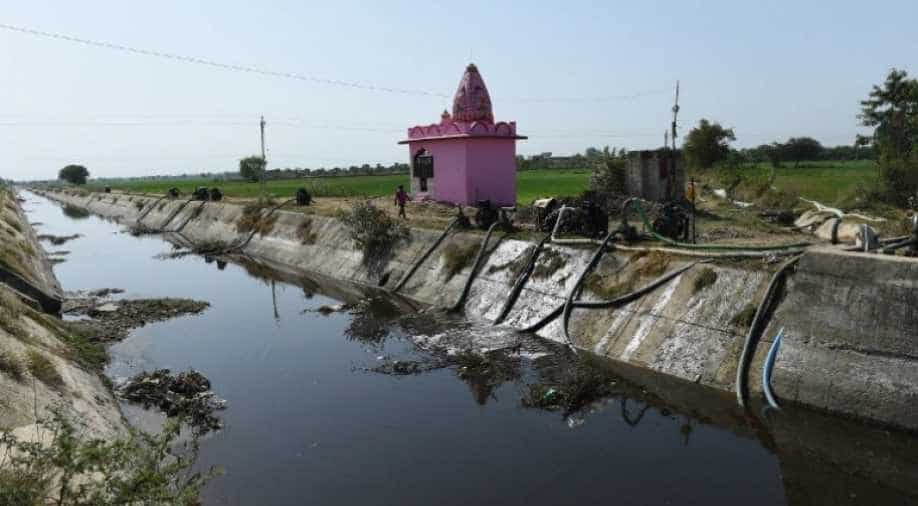 The green panel said it is a matter of serious concern that compliance of environment norms is not satisfactory and results in large scale deaths and diseases and serious damage to air, water and earth.

More than 60 per cent of sewage generated by urban India is untreated and enters water bodies like rivers, resulting in pollution and making it unfit for human consumption, the National Green Tribunal has said.

The green panel said it is a matter of serious concern that compliance of environment norms is not satisfactory and results in large scale deaths and diseases and serious damage to air, water and earth.

The observations were made by the tribunal on Monday while hearing a plea filed by V Manickam, alleging pollution of Thirumanimuthar river in Tamil Nadu due to discharge of effluents by the industries and release of municipal sewage.

The tribunal directed Salem Municipal Corporation to deposit interim compensation of Rs 25 lakh with the Central Pollution Control Board within a month for the damage already caused to the environment.

"The Salem Municipal Corporation may also furnish a performance guarantee to the satisfaction of CPCB in the sum of Rs 50 lakh to the effect that the untreated effluents will not be discharged and necessary steps to prevent such discharge will be taken positively within three months failing which the amount of performance guarantee will be forfeited," the tribunal said.

To ascertain its present status, the tribunal also directed joint inspection by a team comprising of representatives of CPCB and the state pollution control board and submit a report within a month.

"Responsibility for compliance of this order will be of the Commissioner of Salem Municipal Corporation. In case of non-deposit, the Commissioner of Salem Municipal Corporation must remain present in person on the next date, the tribunal said while posting the matter for hearing on April 10," the tribunal said.

The NGT said in spite of statutory framework and binding legal precedents, violation of law is rampant and therefore stern approach is necessary against polluters for pollution as well as the regulatory authorities for their failure and inaction to perform timely duties.

"Environment degradation severely affects human health requiring immediate attention and cannot be dealt with by authorities at leisure.
Statutory authorities are trustees of the people and if their failure results in harm to the citizens and environment, the tribunal has to adopt a strict approach to make them accountable so that such action acts as deterrent to prevent further harm," the bench, also comprising Justices S P Wangdi and K Ramakrishnan, said.