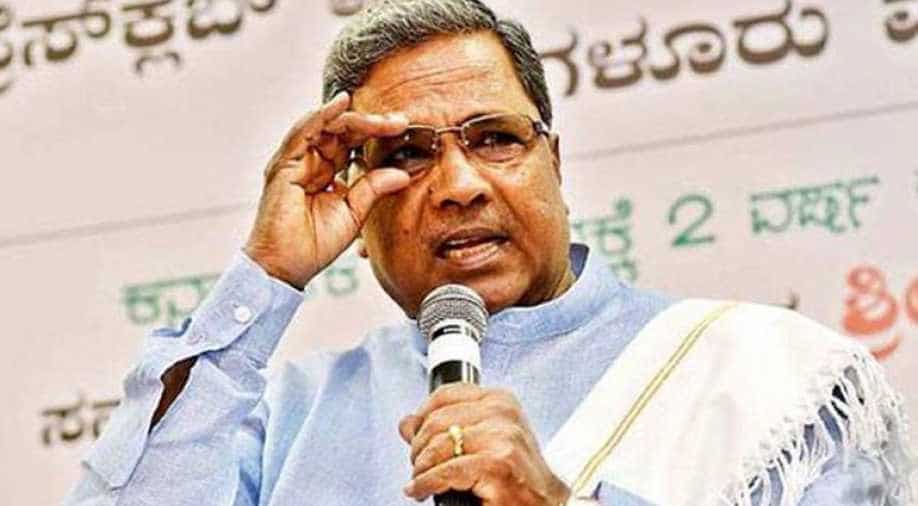 Ahead of May 12 Assembly polls, Karnataka Chief Minister Siddaramaiah has projected himself as "champion of regional sentiment".

Even before launching his party's campaign, the CM has been pushing the Kannadiga identity agenda through a state flag, fighting the imposition of Hindi and opposing the terms of reference of the 15th Finance Commission that are “unfair” to southern states such as Karnataka.

However, unlike some neighbouring southern states like Tamil Nadu and Telangana, no party has come to power in Karnataka riding on the "linguistic" or regional identity in the past but now, the chief minister, who is from a national party, is leaving no stone unturned to reiterate the state's linguistic identity and federalism.

The Karnataka CM also attacked the BJP's Karnataka unit and said that the state unit of the national party lacked leadership and therefore relied on "North Indian imports" for the May 12th election campaign.

Siddaramaiah also said BJP's chief ministerial candidate B S Yeddyurappa had been reduced to a "dummy."

"@BJP4Karnataka by waiting for North Indian imports like PM Modi, UPCM Adityanath is admitting they have no leaders in the state. They have reduced their CM face @BSYBJP to a dummy," Siddaramaiah tweeted.

BJP countered this argument by saying it showed Siddaramaiah’s desperation to attack him but he had chosen a frivolous, flippant and totally irrelevant way.

Some feel that incumbent CM's inclination to whip-up Kannadiga pride will only resonate with the urban voters. However, it would have a very little impact in the coastal region where the "Hindutva" plank may decide the election outcome.

As election day approaches, the Congress through its president Rahul Gandhi's temple hopping is seeking to counter Hindutva by positioning itself as a "soft Hindutva" party as opposed to the BJP’s communal image. Siddaramaiah has repeatedly countered BJP’s efforts to portray him as anti-Hindu by saying that he was a "true Hindu" - after all, his name is "Sidda-Rama".

Meanwhile, Prime Minister Narendra Modi, who began the first of his series of public rallies in the state at Santhemarahalli on Tuesday, paid rich tributes to Kannada thespian Dr. Rajkumar and poet GP Rajarathnam, who were natives of the region, in his bid to strike an emotional connect with the voters.

Siddaramaiah, who started his political career as the head of the Kannada Kavalu Samiti (Kannada Surveillance Committee) in the 1980s and is now projecting himself as a champion of Kannada pride, says the regional sentiment only helps build a strong India but will the Congress leader’s strategy to ride on the Kannada pride help him to get re-elected in a state where an incumbent has not been voted back to power since 1985. That will be decided on May 14 when the counting of the votes takes place.