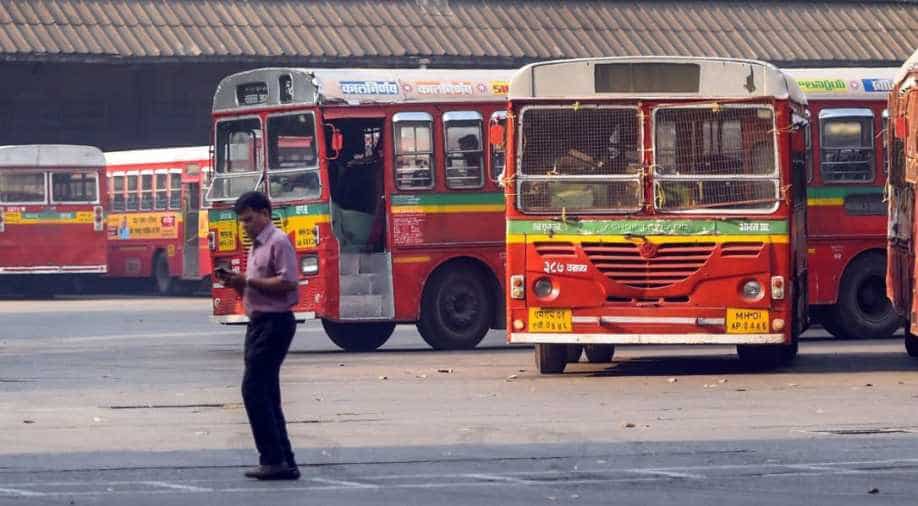 Commuters in Mumbai continued to suffer as the BEST bus strike entered the ninth day on Wednesday with the workers' union rejecting the management's '10-step increment' proposal to end the stalemate.

Commuters in Mumbai continued to suffer as the BEST bus strike entered the ninth day on Wednesday with the workers' union rejecting the management's '10-step increment' proposal to end the stalemate.

All eyes will now be on the Bombay High Court which is hearing the case related to the strike, the longest such protest in the history of the Brihanmumbai Electric Supply and Transport Undertaking (BEST).

Over 32,000 BEST employees have been on strike since January 8 over their various demands, including pay hike, revision of pay grade for junior level employees, and merger of loss-making BEST's budget with that of the Brihanmumbai Municipal Corporation (BMC).

The HC had on Tuesday directed the BEST workers' union to take a final decision on the withdrawal of its ongoing strike and inform the court on Wednesday.

The direction came after the BEST told the court that it was willing to implement the redressal measure suggested by the state government's high-powered committee on granting an interim pay hike to its employees.

The high-powered committee, headed by chief secretary, has recommended, among other things, that subject to the strike being called off, as an interim measure, workers be granted a '10-step increase' in salary for about 15,000 employees in a time-bound manner.

The union was adamant on its demand of merging BEST's budget with that of its parent body BMC.

A senior BEST official said the government was seriously considering the demand.

"The high-powered committee is giving a serious thought to merge both the budgets. A decision on this is likely to come soon," an official said.

Meanwhile, commuters continued to face hardships due to the strike, even as the Maharashtra State Road Transport Corporation (MSRTC) deployed its buses to minimise their woes.

A BEST driver apologised to commuters for the inconvenience, but also appealed them to understand the problems faced by the bus employees.

"We have been financially distressed since the last few years. We had no option but to resort to this (strike). But we are hopeful that this will end," he said.
Some commuters also took to social media to express their anger.

"Palpable anger among daily bus commuters against BEST union & their ongoing strike. Common sentiment - quit the job if you are not happy with the wages/terms (coming from daily wage earners and lowmiddle-classass commuters). Overheard inside NMMT bus which have stepped up service," a harried commuter wrote on Twitter.

But, it has so far not taken any stringent action except for sending them notices to evict the houses provided to them by the undertaking.

The BEST has a fleet of over 3,200 buses which criss-cross the metropolis and also operate services in the neighbouring Thane district and Navi Mumbai.
It is the second-biggest mode of transport in Mumbai after local trains, which ferry over 80 lakh passengers every day.