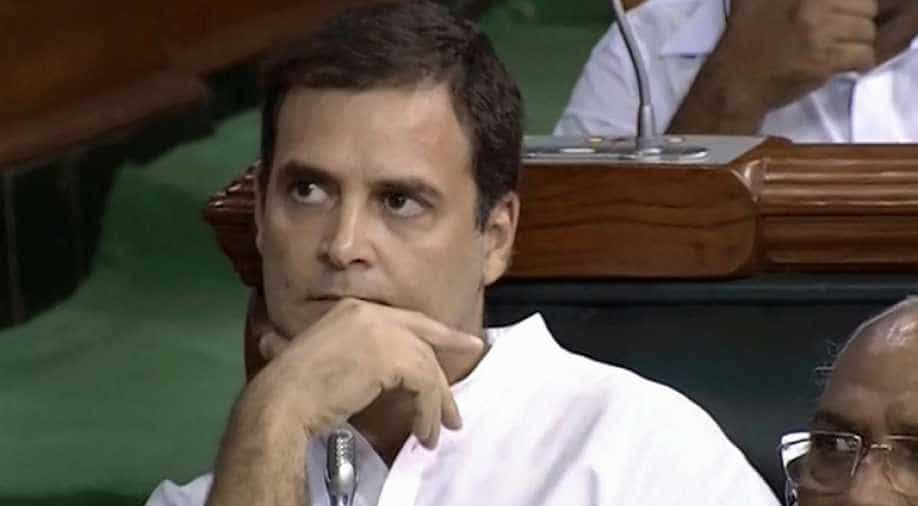 The choice is between Kamal Nath and Jyotiraditya Scindia in Madhya Pradesh, and between Ashok Gehlot and Sachin Pilot in Rajasthan.

After discussions that lasted hours, the Congress Wednesday failed to bring about a consensus in its ranks in Rajasthan on who should be the chief minister even as it staked its claim to form the government.

The decision on the chief minister will be taken Thursday by party president Rahul Gandhi, All India Congress Committee general secretary Avinash Pande told reporters after a party delegation met Governor Kalyan Singh to seek an invitation to form the government.

Pradesh Congress Committee president Sachin Pilot and former chief minister Ashok Gehlot, both MLAs, are the frontrunners for the post and were part of the delegation that met Kalyan Singh.

Earlier in the day, the CLP held a scheduled meeting at the party office, where it passed a one-line resolution in which the newly elected MLAs authorised Gandhi to decide on the chief minister's post.

After the resolution was passed, K C Venugopal, the AICC observer sent by the party to Jaipur, held discussions with individual MLAs, seeking their opinion.

The exercise went on for several hours but there was no consensus and the CLP then left the decision on Gandhi.
"We will hand over our report to the party president tomorrow," Pande said.

Apart from AICC general secretaries Venugopal and Pande, the party had also sent four AICC secretaries to Jaipur.
They are all expected to meet Gandhi in Delhi. Both Pilot and Gehlot would remain in Jaipur, party leaders said.

"A delegation of the party met the Governor. We have the majority and will form the government," Pande said.
Leader of opposition Rameshwar Dudi, who lost election on Nokha seat, was also part of the delegation.

"The party observer held discussions with the MLAs and the name of the chief minister will be decided at the level of the party president Rahul Gandhi by tomorrow evening," Dudi told reporters outside Raj Bhawan.

Congress won 99 out of the 199 seats that went to the polls on December 7. Its alliance partner Rashtriya Lok Dal (RLD) also bagged a seat, taking the combined tally to 100 needed to form the government.

The party is also looking for support from independent candidates and non-BJP parties.

Pande said several other MLAs have also extended support to the Congress in writing and the final list will be handed over to the Governor later.

Resolution unanimous that Rahul will decide

At a meeting here in the evening, they unanimously passed a resolution authorising Gandhi to name the CLP leader.

The meeting lasted for about two hours, she said.

Oza said Gandhi will be conveyed the decision of the newly-elected MLAs, after which he will name the CLP leader.

The observers are also talking to the MLAs to seek their views, she said.

All the four independent MLAs, elected in the November 28 poll, were also present in the meeting, she said.

The Congress Wednesday emerged as the single largest party in the state by winning 114 seats, two short of a simple majority of 116 in 230-member house and claimed that it has the support of 121 members.

BSP supremo Mayawati Wednesday morning extended support of her party to the Congress.

Chief Minister Shivraj Singh Chouhhan Wednesday tendered his resignation to Governor Anandiben Patel, who met a Congress delegation here at noon after the party leaders wrote to her last night, seeking a chance to form the new government in the central Indian state.